ASUS launched a new sorta high-end Android tablet late last year, the ZenPad 3 8.0. It’s perhaps a little like other ZenPad tablets that preceded it, but I find it decidedly reminiscent of the Nexus 7 from 2013, a tablet that I’ve been using for many years. The ZenPad 3 8.0 has a lot to like for, including some high-end specs and yet remaining budget friendly.

Although some may describe the ZenPad 3 8.0 as high-end, I wouldn’t quite place it firmly in that premium category. You will see why in this review. Clearly ASUS has had to strike a clever balance of features to achieve the results it has delivered with the ZenPad 3 8.0.

The quick rundown is that the ZenPad 3 8.0 is an Android tablet with 8-inch (7.9-inch, to be exact) 2K-resolution display, includes LTE cellular radio, and runs on a Snapdragon 650 processor. 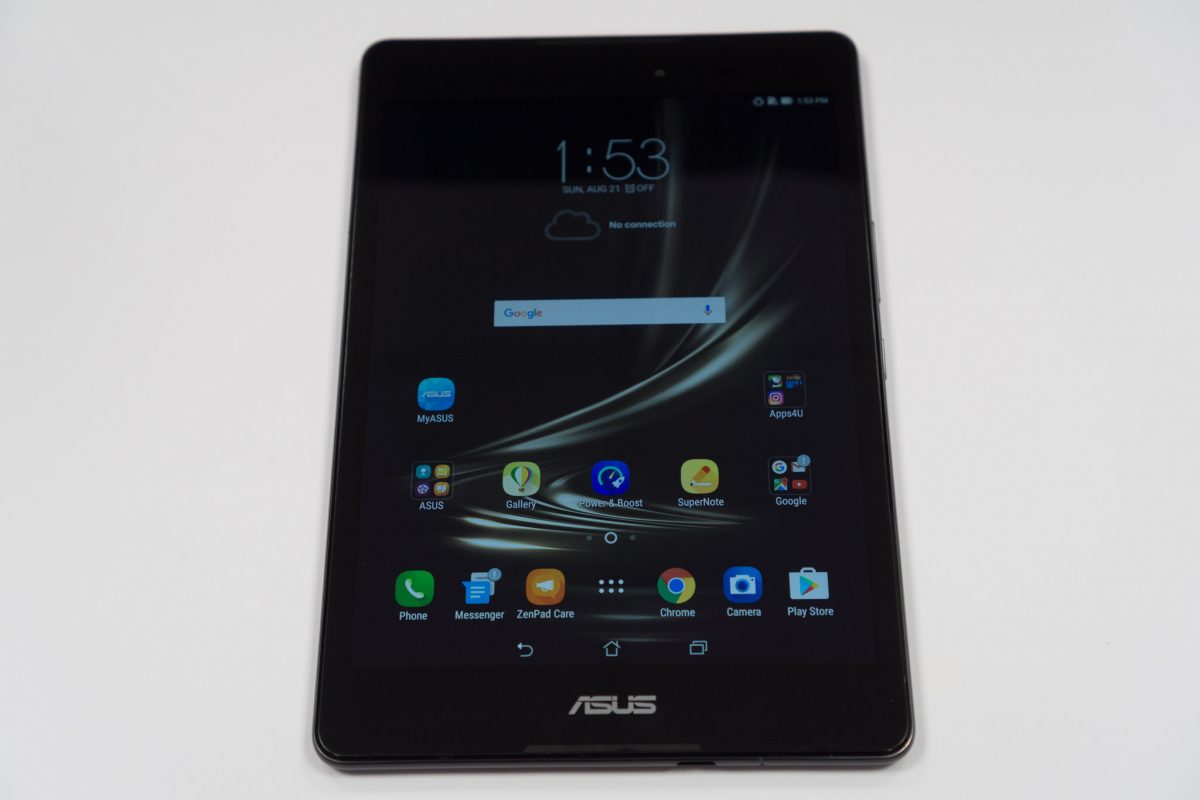 Notice that there are two front-firing stereo speakers, with DTS HD Premium audio. Sound coming from them are great, and the stereo sounds make watching movies on this tablet very enjoyable.

The left side has a removable cover that hides a micro-SIM and microSD slot under it.

A USB Type-C (USB-C) port is on the bottom of the tablet, slightly to the right of the centre. It strikes me as a little odd that ASUS didn’t centre the USB-C port, but perhaps that’s because the speaker at the bottom edge of the screen is in the way.

Worth noting, the 3.5 mm audio port is still there, located on the top of the tablet. The ZenPad 3 8.0 supports DTS headphone:X 7.1

Under the hood, the ZenPad 3 8.0 is powered by Qualcomm Snapdragon 650 hex-core 1.8 GHz processor, paired with an Adreno 510 GPU. There is 4 GB of RAM, and 32 GB of onboard flash storage. Storage can be expanded with up to 256 GB on microSD card. The tablet also comes with 5 GB of ASUS web-storage for life (additional 11 GB in the first year), and 100 GB of Google Drive space for two years.

The ZenPad 3 8.0 won’t be in the same league as devices running more powerful Snapdragon 810, 820, or 821 processors, but in every day casual use, including for web surfing, videos and social media, this tablet is no slouch. I’ve used the ZenPad 3 8.0 for a bit, and I’ve never felt like the tablet was unable to keep up.

The lower powered processors does help the tablet’s battery life. The 4680 mAh battery boasts 11 hours of use.

For connectivity, the ZenPad 3 8.0 supports LTE cellular with up to 300 Mbps speed. It also has 802.11 a/b/g/n/ac Wi-Fi, Bluetooth 4.1 and Miracast support. The tablet uses both GPS and GLONASS for positioning. Other sensors include g-sensor, e-compass, gyroscope, ambient light sensor, hall sensor and a proximity sensor.

The main rear camera has 8 MP resolution, while the front has 2 MP resolution. Like most tablets, the cameras are basic — no flash, no OIS. There’s no 4K video either.

The ASUS ZenPad 3 8.0 is a sleek, affordable, Android tablet with LTE that’s handy to carry around for everyday casual use.