While other manufacturers have tried to make a better hybrid device, I think, as flattering it might be for Microsoft, I think it just suffices to go with the design that has proven to work. The ASUS Transformer 3 Pro, also known as the T303UA, is unashamedly like the Surface Pro 4.

I don’t mean that in a bad way. ASUS has indeed made the Transformer 3 Pro better in some ways which we’ll see. There are a few variants of the Transformer 3 Pro, and for this review, ASUS shipped me the top-end version that’s packed with an Intel Core i7 processor. It’s a real powerhouse.

I definitely like the offering of ports on the Transformer 3 Pro.

First, there’s a full-sized USB Type-A port, a full-sized HDMI port, and a USB Type-C (USB-C) port on the right side. The USB-C port supports Thunderbolt 3, and it is also serves as the main power supply input for the convertible device.  On the left, You get a microSD card slot, as well as a 3.5 mm audio jack.

I personally feel this is significantly more useful than the port offering on the Surface Pro 4. The main difference comes down to the use of HDMI on the Transformer 3 Pro, instead of mini-DisplayPort, and the offering of USB-C that makes it more future-proof.

Most significantly, the use of USB-C potentially makes the Transformer 3 Pro much easier to connect-to, and to charge, compared with the Surface Pro 4’s use of a proprietary SurfaceConnect port.

Just to make sure this USB-C port is really useful, I connected the 61 W USB-C charger from my MacBook Pro (late-2016) to the Transformer 3 Pro. The later worked perfectly with that power source.

On the top, there is a solitary power button that is, admittedly, hard to engage to wake up the device.

The bottom features the contacts and magnetic attachment to connect the folio-style keyboard cover.

I don’t expect the keyboard to work very well, and indeed, I would much prefer to type on, say, some other proper keyboard, even with as little key travel as the one on the late-2016 MacBook Pro. But I think ASUS probably did about as best as they could do with the keyboard given the constraints.

The keys are backlit, and they are well-spaced so you can type pretty comfortably without feeling squeezed. There is just enough key travel to make touch-typing possible, but it’s not the best experience.

The trackpad is reasonably sized, and mostly functional, but doesn’t feel exceptionally good. Fortunately, this being a convertible, you could just interact by touching on the screen directly, which happens to work very nicely.

The larger Transformer 3 Pro does have a slightly larger display compared to the Surface Pro 4, measuring 12.6″ instead of 12.3″, and also just slightly higher resolution at 2880×1920 vs 2736×1824. The IPS LCD screen is capable of 86% of Adobe RGB colour spectrum and 100% of sRGB colour gamut. I do think the screen really looks great, with crisp and vivid colours.

The Transformer 3 Pro’s stylus works well. It’s precise and it’s accurate, with 1024 pressure levels and two customisable buttons on it.

Unfortunately, working well isn’t good enough, at least for me. The stylus, or the Pen as ASUS calls it, is a very important instrument for a convertible device like the Transformer 3 Pro. The Surface Pro 4 sold me on to the use case of a stylus. Its stylus works very well too. It’s very responsive, truly like if you were actually using a real pen or pencil, and the eraser button on the reverse end of the stylus feels so natural to use when you want to undo some scribbling.

The ASUS Pen works, but it doesn’t quite do it at the same level as Microsoft’s Surface Pen. A bigger glaring problem is with storing the stylus when you’re not using it. You see, there’s no where to attach the stylus on the Transformer 3 Pro, magnetically or otherwise. I think we can all foresee lots of styluses going missing.

The Transformer 3 Pro is otherwise a really sweet powerhouse. The Intel Core u7 6500U processor with 8 GB RAM and 512 GB of M.2 SSD blazes away with everything you may want to do with the convertible. I would be very happy using the Transformer 3 Pro as a notebook. 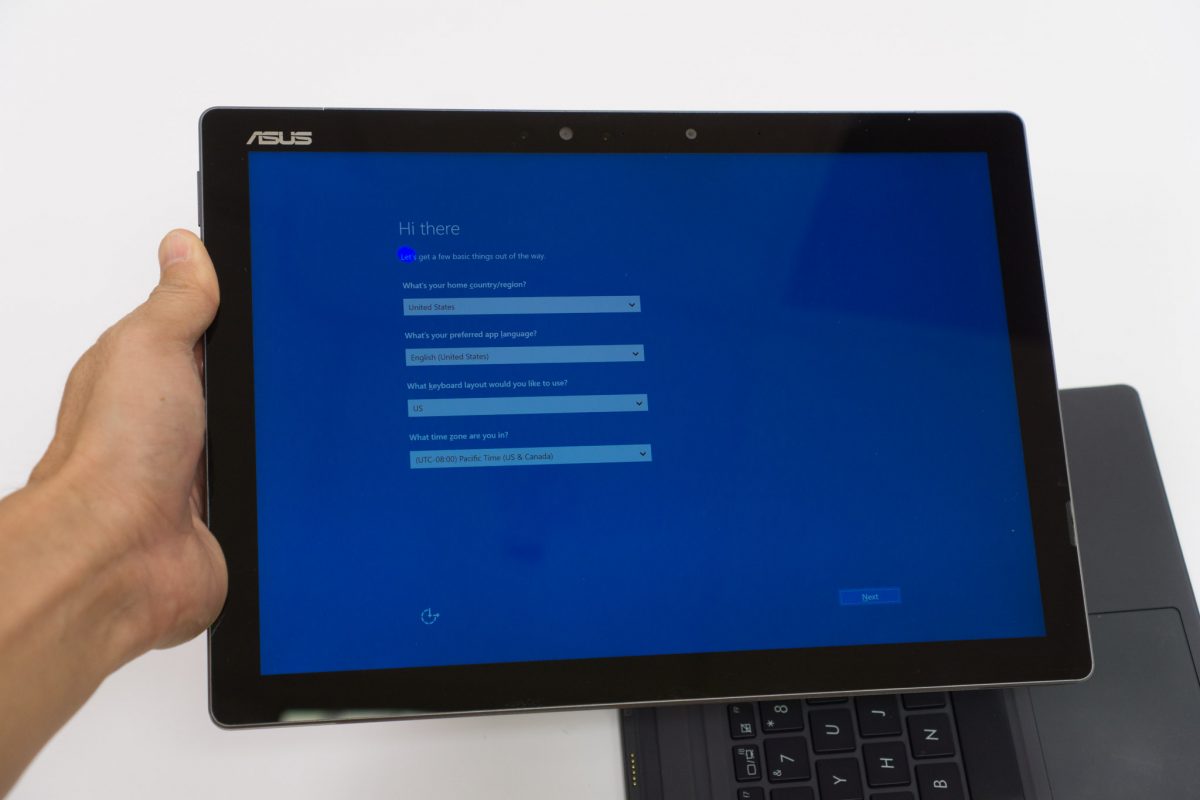 The power of the Core i7 processor does come at a cost. First, the heat from the processor necessitates a fan onboard, and you’ll hear the fan spin up every time you throw some substantial compute load on the Transformer 3 Pro. The noise, to be honest, gets to me. I would like a silent machine, or perhaps one quiet enough to be not so noticeable.

The second impact from the Core i7 processor is with battery life. The Transformer 3 Pro packs a 39 Watt-hour battery. It’s pretty decent for a convertible (for comparison the Microsoft Surface Pro 4 has a 38.2 Watt-hour battery), but falls short of full-sized notebooks. In my casual usage, I reckon the Transformer 3 Pro would run about 5 hours, maybe beyond 6 hours if usage is really light.

For connectivity, the Transformer 3 Pro supports 802.11ac Wi-Fi and Bluetooth 4.1.

Windows 10 is shipped with the Transformer 3 Pro.

It’s worth mentioning that apart from the included stylus, the keyboard cover is also bundled with the Transformer 3 Pro.

The Transformer 3 Pro device itself is available in gold or gray colours, with four colour options for the keyboard cover.

The ASUS Transformer 3 Pro is a worthy challenger to the Microsoft Surface Pro 4. It’s a real convertible that functions well as a tablet, and yet no less capable as a notebook even compared against regular notebooks.