Sony flagship smartphones have always been quite premium, so it’s interesting how adding the “Premium” into the model name makes the latest Xperia device different. For starters, the new Xperia XZ Premium is the world’s first smartphone with a 4K HDR screen. It’s also really shiny. But of course there’s also a lot more to claim the premium flagship title.

The Sony Xperia XZ Premium launched in Singapore in June. It’s shiny all-glass design is quite the looker. It’s still good, but the design has become a bit dated. Its features, however, are definitely top-end. The highlights include 960 fps video capture and the most powerful Qualcomm Snapdragon 835 processor.

The 5.5-inch 4K HDR display on the front is impressive. Technically, the Xperia XZ Premium displays an upscaled 1080p version of the Android operating system most of the time, in order to strike a balance with battery longevity. You’ll experience the native 4K resolution under some circumstances, such as when watching native 4K videos in the Sony app.

The front bezels are notably quite large. It’s even larger than the Google Pixel XL which has a similarly-sized 5.5-inch display. This does add to the dated-feeling of the Xperia XZ Premium. It’s a bit of a contradiction: the shiny all-glass design is sleek and beautiful, but the form itself somewhat less exciting.

On the left, there is a slot for the SIM and SD card. It’s nice that you can remove the tray without any tools, but oddly enough, the first SIM card is on another rather flimsy plastic tray. The main tray itself accommodates the second SIM card, or alternatively a SD card.

On the bottom, there is a USB Type-C (USB-C) port which, by now, should not be a significant issue for most people. Indeed, I prefer having USB-C instead of Micro-USB port nowadays. 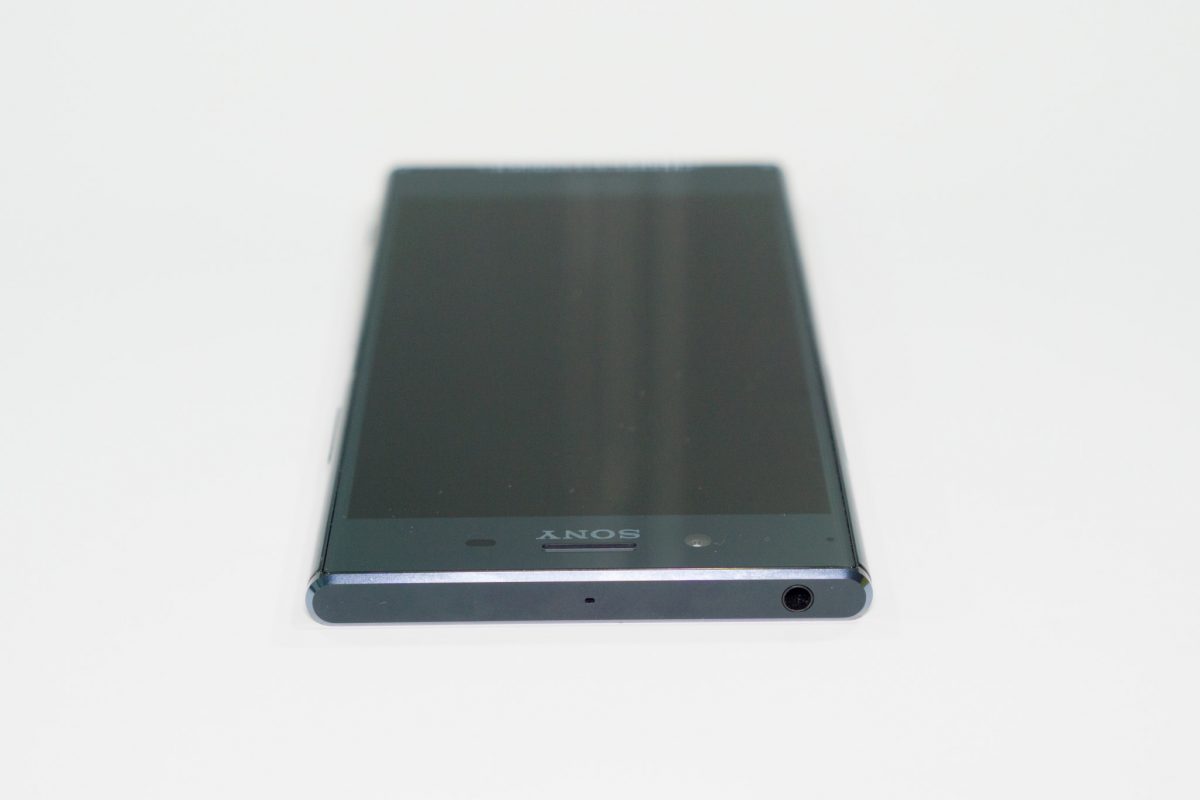 There’s a 3.5 mm audio jack at the top. Good thing you can use your regular wired headphones with the Xperia XZ Premium.

On the back, there’s a 19 megapixel main camera with f/2.0 aperture, predictive phase detection and laser autofocus, gyro-based EIS, and standard flash. It shoots 4K video. But perhaps the most interesting thing is that the camera can do 960 fps for a really cool super slow motion video capture mode. For comparison, slow motion modes on the iPhone 7 (and 7 Plus) and Samsung Galaxy S8 (and S8 Plus) record at 240 fps. The 960 fps capture is at 720p, but it does make for very impressive slow motion effects. 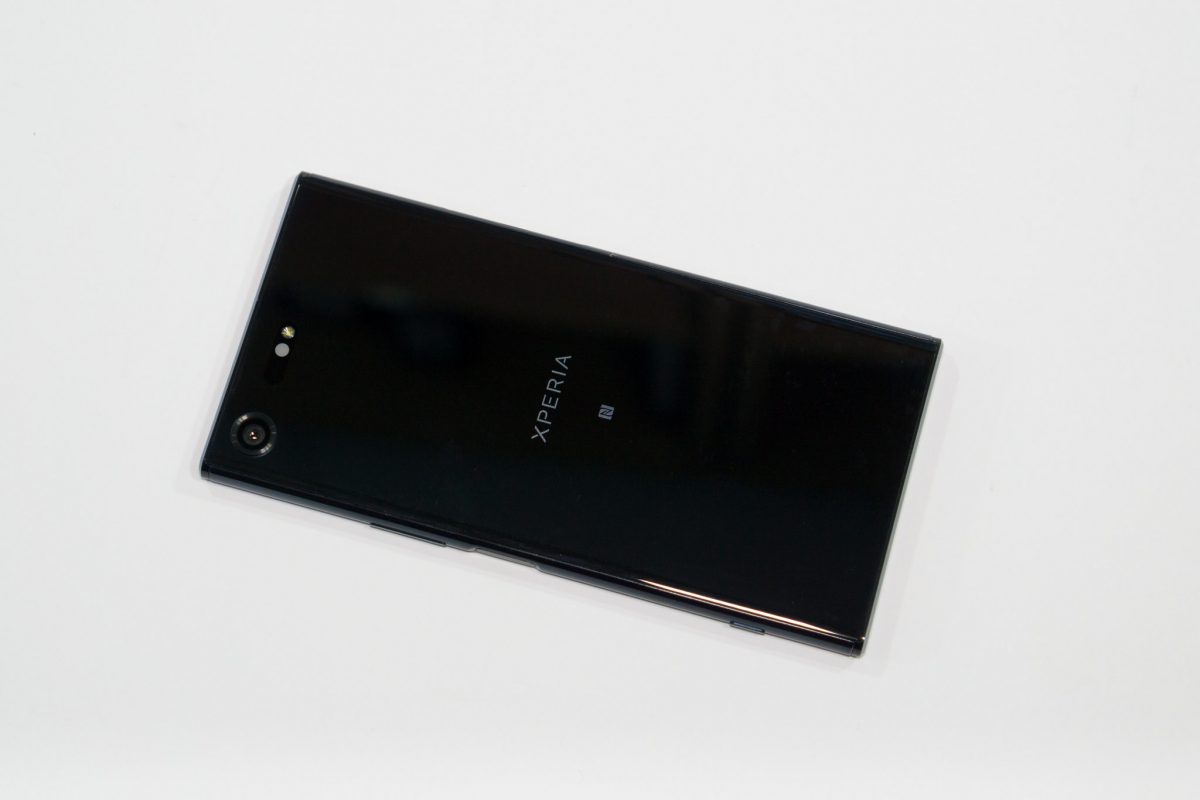 Under the hood, the Xperia XZ Premium is powered by the Qualcomm Snapdragon 835 processor with 4 GB of RAM and 64 GB of storage. Performance is excellent. I’ve not tried games on the phone, but any casual browsing, social media, and video works perfectly well, and navigating around the interface is very smooth.

The phone supports dual nano-SIM, dual standby, with LTE up to Cat16 (Gigabit-class speed). It handles 802.11 a/b/g/n/ac Wi-Fi, and Bluetooth 5.0 with A2DP, aptX, and LE. There is GPS with A-GPS, and GLONASS, for positioning. NFC is supported.

The battery is rated for 3,230 mAh capacity, and supports quick-charge.

Android 7.1.1 Nougat is available out of the box, currently updated to the latest July security patch. 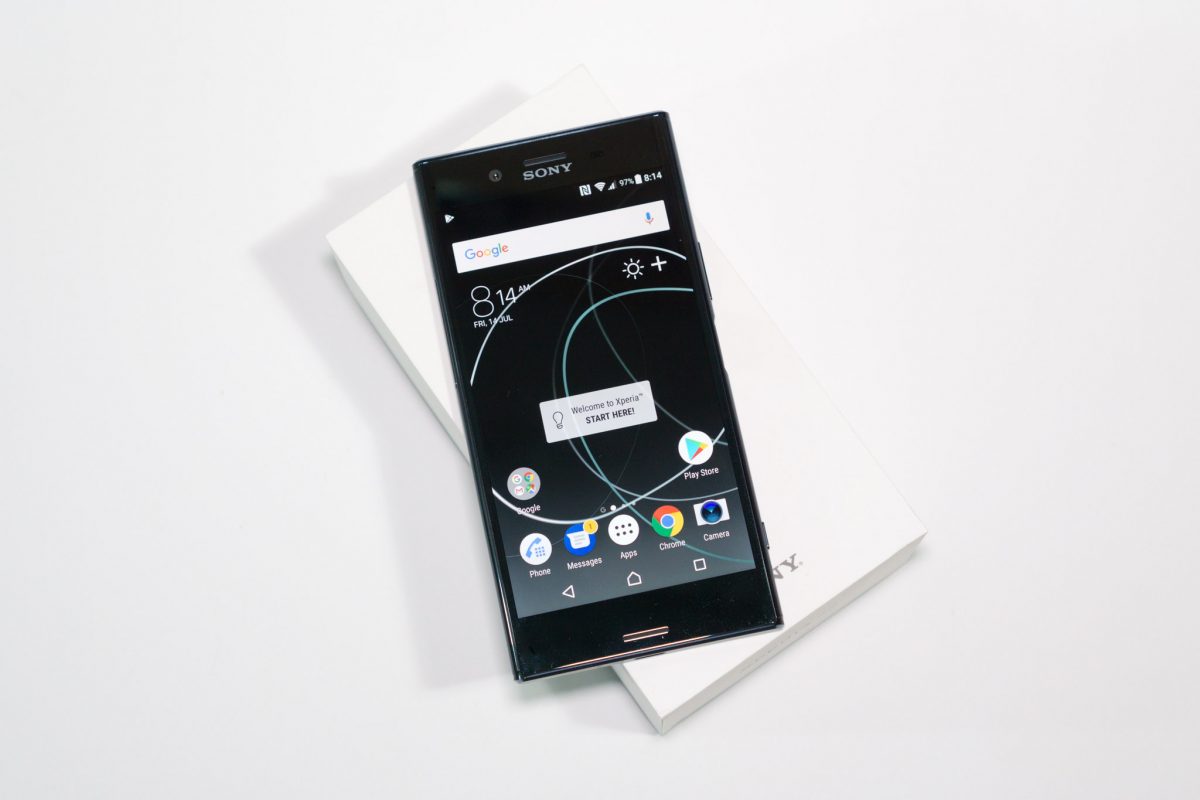 The Xperia XZ Premium is a joy to use. The physical form factor, at 156 x 77 x 7.9 mm, however, is a tad too large. My hands aren’t exactly small, but I did find the phone a bit of a stretch to handle. On paper, the 195 g weight seems a little heavy but, surprisingly, the phone doesn’t feel that hefty.

Water-resistant phones are getting more commonplace this year. It’s a good thing that the Xperia XZ Premium is IP68 certified, meaning it’s water resistant to 1.5 metres for 30 minutes. You can safely take this phone to the pool. 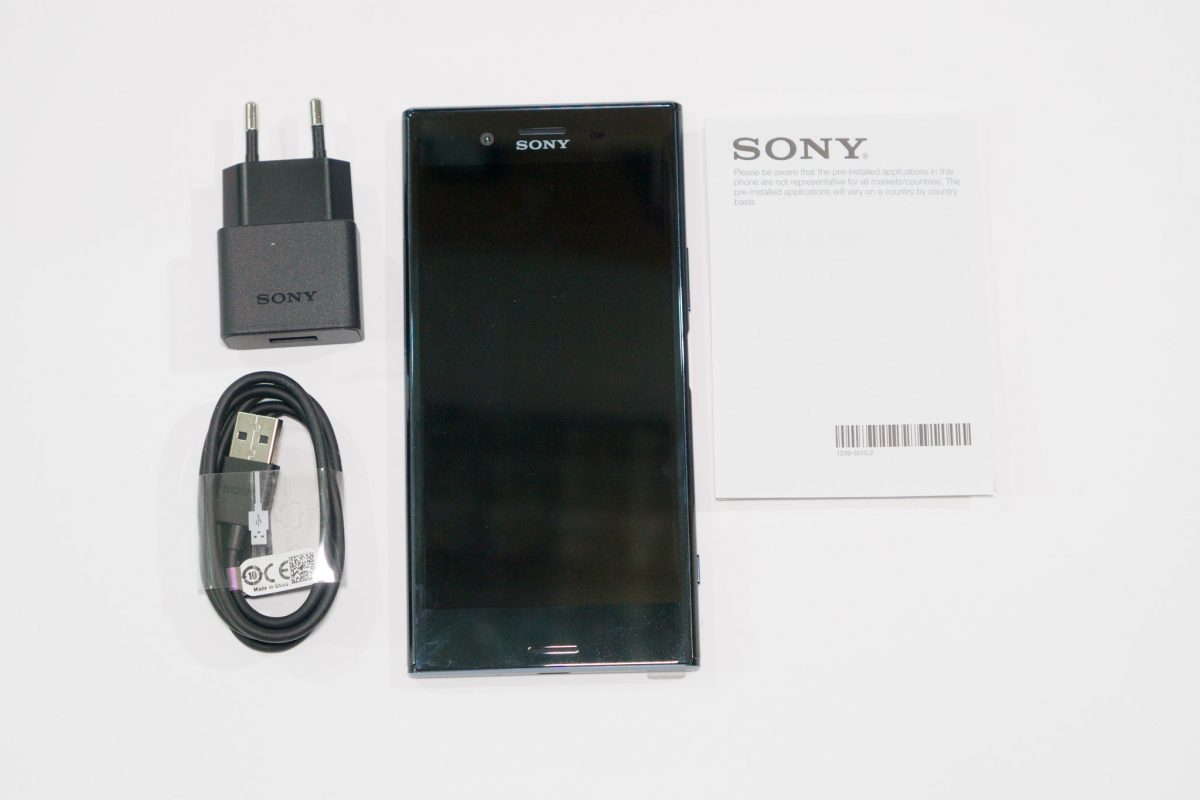 In the box, the Xperia XZ Premium comes with a charger and USB-C cable.

The Sony Xperia XZ Premium can rightfully claim the premium title, and is quite the looker, though the overall design is a bit dated.