I’ve talked about the Raspberry Pi, and mentioned how it can be used to build a home theatre media centre. Let’s get down to business and build one. It’s relatively straight-forward, and it won’t cost much either. If you’re a hands-on person, this will be a fun weekend project.

This project will basically involve taking a Raspberry Pi, connect up some parts, put software into it, and then turn it on. There’s also some post-installations steps. It’s easy. There’s no soldering involved, so this doesn’t count as a hardware project. Just to set the right expectations, you will need to be able to follow technical instructions. There’s no magic wizard that will mint out a Raspberry Pi with media centre ready-to-go.

We will use the XBMC software. XBMC is a free and open source cross-platform software media player and entertainment hub for digital media for Home Theatre PCs. XBMC has many cool features.

The first order of business will be to acquire the parts. I call this the Bill Of Materials (BOM).

At the least, you would need the Raspberry Pi Model B and the SD card, costing you only $51.50. This is a really cheap media centre. However, do check out the other optional items in case you need them as well. For example, if you want to connect the media centre to your network wirelessly, then you’d absolutely need a USB Wi-Fi dongle.

A couple of items are from Element 14. They apparently direct consumers to buy Raspberry Pis from other resellers in Singapore who mark up the price. I suggest to just try buying directly from Element 14.

Alright, once you’ve gotten the parts, we’re ready to get started.

First, you have to put the Raspbmc software into the SD card, and to do that, you need a computer with a SD card reader. Then, use that computer to get the Raspbmc image and write it to your SD card. The easiest way to do this is to use the Raspbmc Installer.

Insert your SD card and make sure you identify the correct one in the installer. I’d suggest removing all removable disks. On Macs, disk0 is the internal system disk. Make sure you don’t choose that.

The installer will download a small bootstrap Raspbmc software to put into the SD card, which will later then download the rest of the  Raspbmc installation.

After the SD card is written, the installer will ask if you want to configure “post-installation settings”. You should say yes if:

Wait until the installer is done with all its work.

Alternative method: Get the Raspbmc software from the Raspberry Pi Downloads page by clicking the Download ZIP link for RASPBMC. An experienced Linux user will probably know just how to take it from there, but it’s still more work yet to configure network settings later. I’d suggest to just use the Raspbmc Installer.

The following process is largely all automatic and you don’t actually have to do anything. But just to allay any anxiety, I’ll mention what you can expect to see happening.

Wait  a little while more, Raspbmc will display a language selection dialog. When it appears, just use your keyboard or mouse to make the selection. 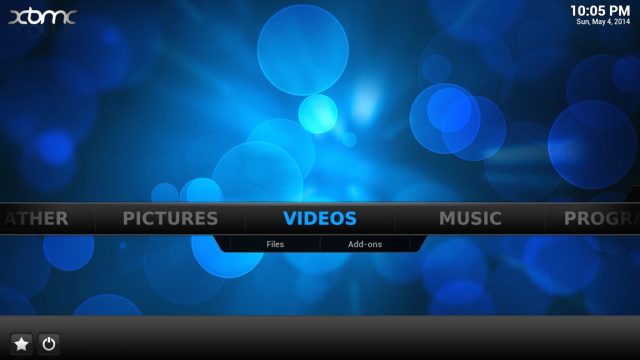 The Raspbmc installation is done, and you can start using it. But there are a few more setup steps that you should take care of.

Explore the Raspbmc interface. Notice that you can add media sources via USB devices connected to the Raspberry Pi, as well as accessed over the network. 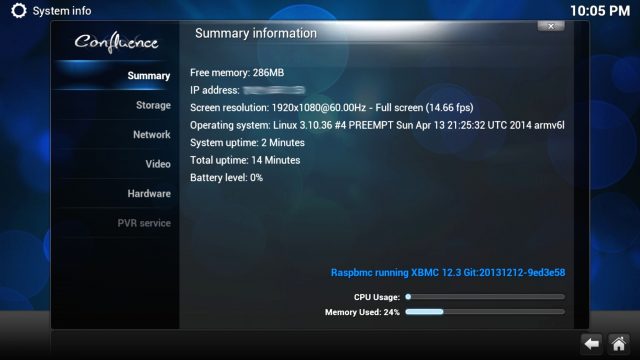 Other cool features of Raspbmc include support for Apple’s AirPlay/AirTunes, so you can wirelessly stream videos and music from a Mac or iPhone or iPad to the Raspberry Pi.

Have fun with your new Raspberry Pi media centre!