This is the Firefly Blue Laser Lamp, a product that was launched by Parhelion through crowdfunding on Kickstarter. It’s basically like a night light, but uses blue laser to throw its light evenly across a surface away from the source. The Kickstarter reward is shipped, and Parhelion is now selling the laser lamp commercially.

I backed the project on Kickstarter, and I received the Firefly Blue Laster Lamp in June this year. The project severely overran their delivery schedule. We’re talking about almost one year late here. Now, many Kickstarter projects do deliver late, and I wouldn’t want to be so critical of Parhelion except that they were, to be honest, a little arrogant about their manufacturing and delivery capabilities.

Parhelion did deliver a great product, and they certainly deserve credit for that. I was drawn to the project on Kickstarter because their futuristic indoor lighting proposition sounded very interesting. The Firefly Blue Laser Lamp isn’t very bright, so it will not replace your primary indoor lights, or anywhere you need regular amounts of illumination. But they will work great as a night light, add fun to a party, or give a twist to your decor lighting. 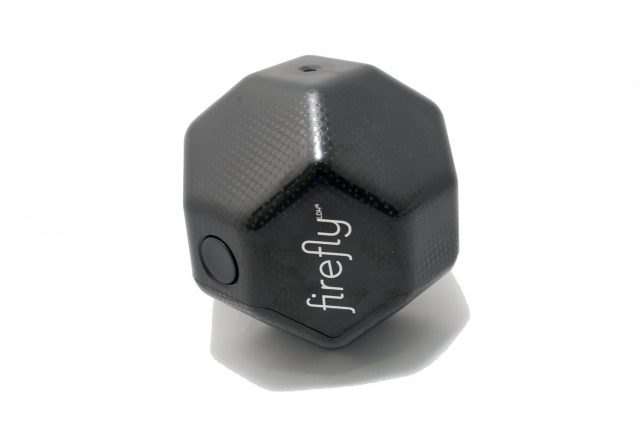 The Firefly uses a true blue laser technology, scattered to produce hundreds of laser light points (the “fireflies”) to illuminate your surroundings. The laser light is thrown across a distance to illuminate a surface, without losing its brightness. Traditional lighting have the brightness “pooled” around the light source. With the Firefly Blue Laser Lamp, the brightness is projected where you need it to be, not where the source is. It’s futuristic.

You see the meaning here of how traditional lighting pools the brightness around the source, while the Firefly Blue Laser Lamp throws its brightness onto a surface. Notice also how although the laser beams are hitting upwards, some of the brightness also reflects back downward. 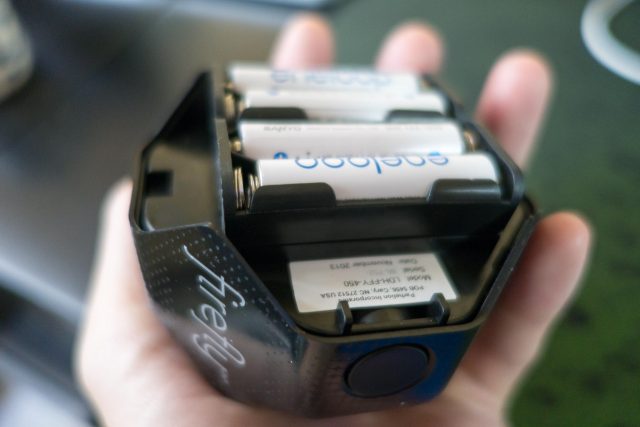 Is the laser dangerous? It’s a reasonable safety issue to be concerned about. Parhelion assures the laser is no more dangerous than a LED light if a normal viewing distance of 2 feet is maintained. The actual laser has under 5mW output.

My recommendation is to place the Firefly Blue Laser Lamp away from easy reach, such as up on a shelf. If it is out of reach, it has to be away from where anyone can get to, and hence reasonably 2 feet away from anyone’s eyes.

Lasers can produce some heat with prolonged use. The Firefly Blue Laser Lamp mitigates that by adopting a passive cooling design. Heat is dissipated through 70g of casted zinc heat spreader with 12g casted high copper brass heat sink on the industrial grade laser. No fans needed, no mechanical parts, no noise.

Parhelion also sells some “lens”, which allow the laser lamp to paint different patterns instead of a simple dot. There are star, heart, and cat lenses.

The Firefly Blue Laser Lamp is a fun, practical, and futuristic lamp to use. Their Kickstarter project is completed, but you can still buy from their online store, or their new Indiegogo campaign.