I’m getting a lot more confident with router firmware upgrades. It might seem a little strange to hear this from a network engineering person, but I’ve been quite apprehensive of upgrading my pfSense router and Linksys E3200 running Tomato. They’ve mucked up multiple times before, costing me much time and effort to rectify. I want things to just work. 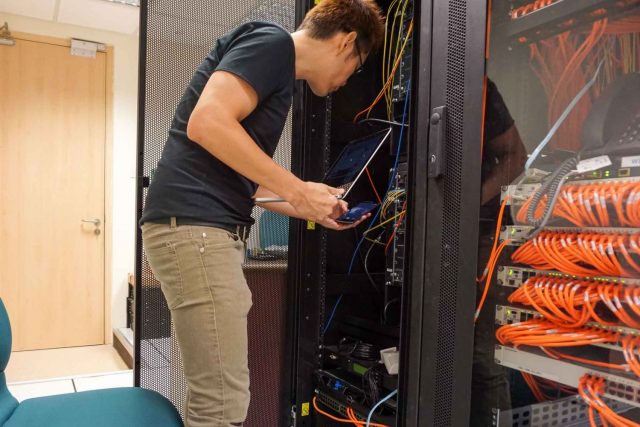 Funny enough, during those times that I didn’t have much luck with pfSense and Tomato, I had more confidence upgrading much bigger sort of things. Things like, for example, Cisco Catalyst 6509 switches and firewall service modules. You see, they seem to have a much better documented failure plan. It was, to me, much more deterministic what there is to do in case things do not work out as intended. There had safety nets. In case something breaks, there is some recovery mode.

Consumer networking gadgets are not likely all that fragile. However, whenever it comes to firmware upgrades, their instructions often warn of dire consequences, such as bricking your device. If you’ve spent $200 of your own money on a snazzy wireless broadband router, you don’t want to turn that into an expensive paper weight.

I don’t see enterprise boxes put such kind of warnings in the firmware upgrade notes. That’s not to say that enterprise boxes are easier to upgrade, or the upgrade is more problem-free. On the contrary, one always has to consider that the upgrade may screw up. The upgrade can break in different ways. For example the upgrade itself can fail, either not installing and returning the product to the original pre-upgrade condition, or resulting in a broken box because of a messed up install. The upgrade itself might go through, but the configuration is broken, some feature is broken, or some way or other the box doesn’t behave the way it was expected to.

On enterprise boxes, fallback and downgrade plans are always something that needs to be kept in mind. It sound complicated, and I guess it mostly is, expect that it’s well documented.

Hence, to some extent, I’m a little more apprehensive about the consumer products. It shouldn’t be the case at all. Loading third party or DIY firmware, of course, carries some risk, but even then you’d expect that since these things are designed for home users, albeit the power kind, it similarly shouldn’t be all that complicated and risky.

This time around, in one fell swoop, all within about a half hour or so, I upgrade my pfSense router from 2.2.2-RELEASE to 2.2.4-RELEASE, and my Tomato based Linksys E3200 from 1.28.0000 MIPSR2-128 to 1.28.0000 MIPSR2-131 (firmware link). Nothing got lost. For Tomato users, just know that the upgrade can be done through the web GUI. No need to zap out the config and start afresh. Check out my previous post about Upgrading Tomato Router on Linksys E3200.