Pirate3D launched the Buccaneer, a consumer grade 3D printer fit to belong inside a home, on Kickstarter in June 2013. They were supposed to deliver from February 2014, but like many crowdfunded projects, they were late. Very late. Some rewards have started to been fulfilled, but for others less fortunate, it seems like they may not see light. 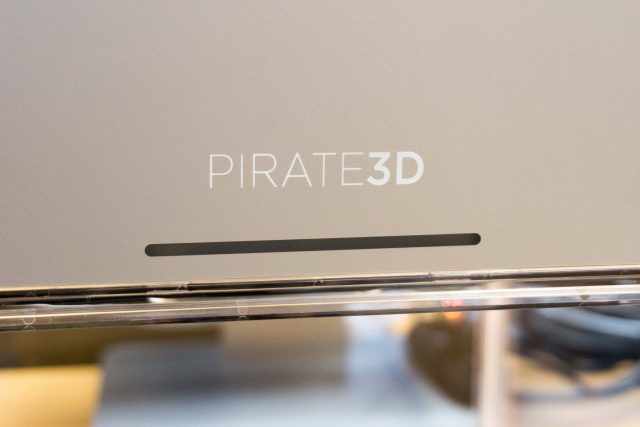 In a campaign update to backers today, Pirate3D announced that their money has dried up, and they have no choice but to suspend operations for at least another quarter more while they source new funding.

According to Pirate3D, they’ve shipped some 40% of the rewards. The project received some US$1.4 million in pledges, so looking at from another angle, some US$560K of rewards have been delivered. Of course, backers in that 40% will be breathing a sigh of relief, while those in that 60% are going to feel really disappointed, frustrated, or angry.

Such is the nature of crowdfunding. We’ve got to remember that Kickstarter is a platform to back projects you feel are deserving of your support. It’s not an online shopping website. So there are inherently some risks.

To Pirate3D’s credit, they did ship a sizeable number of rewards. Many other failed crowdfunded projects throw in the towel even before shipping anything, way after the first rewards were promised.

Pirate3D tried to sort out their problems. They persevered. They sought to fulfil their commitments. Unfortunately, they were young and inexperienced, and they screwed up.

Some people are no doubt going to feel scammed and cheated by Pirate3D, and lose faith in Kickstarter and perhaps the whole idea of crowdfunding. Today’s announcement is sudden, a bombshell has been dropped. Although there certainly were signs from many months ago that they were struggling, Pirate3D always tried to project a positive outlook. I suppose they had to stay positive.

I’m disappointed because, well, Pirate3D is a Singapore company and being a Singaporean, I’m sad that they’ve met with this outcome. I’m fortunately to be in that 40%, but I can empathise with the 60%. Really.

To be clear, Pirate3D isn’t saying they’ve thrown in the towel. They are freezing their operations. There is perhaps a glimmer of hope. Likely or not, I don’t know.

Is there more that Pirate3D could have done? Absolutely yes. They’ve actually offered to refund some backers who requested to back out, and to some extent some of these refunds have been fulfilled. But there’s more. If they truly want to fulfil their reward obligations, perhaps they can ask backers to top up for shipping costs, if that proves to be a problem for them. I’m sure upset as they may be, some backers would prefer to top-up some money to receive their reward than to not get anything at all. If, in fact, Pirate3D recognises that there’s little chance they will make a come back, then at the least release their designs, software, and whatever that can be returned to backers or contributed to public.

Moving forward, I’d love for Kickstarter to come up with some mechanism to compel projects, in some manner or other, to provide transparent and accurate reporting on the progress and status of their work. After all, had you been an investor in a startup, you’d be owed some reports and updates about how the company is coming along. This could be a troublesome role for Kickstarter to take up, but they certainly shouldn’t just shun away from the issue.

If Kickstarter could work in some protection mechanism for backers, that would be a nice bonus too.

In the meanwhile, I wish Pirate3D all the best in working out their challenges.