Sony launched two cool Xperia smartphones recently. First, there is the Xperia XZs, which is the subject of this review. Then there’s the Xperia XZ Premium that I reviewed previously. With model names so similar and ambiguous, it can be difficult to tell how the two are positioned. I’ll tell you. The XZs is not as premium as the XZ Premium.

The Sony Xperia XZs is the direct successor to last year’s Xperia XZ. The Xperia XZs is an improvement over last year’s model, of course, but the two of them are similar enough that it’s difficult to tell them apart, at least physically.

I have the Ice Blue colour version for this review. Other colour options available are Black and Warm Silver. 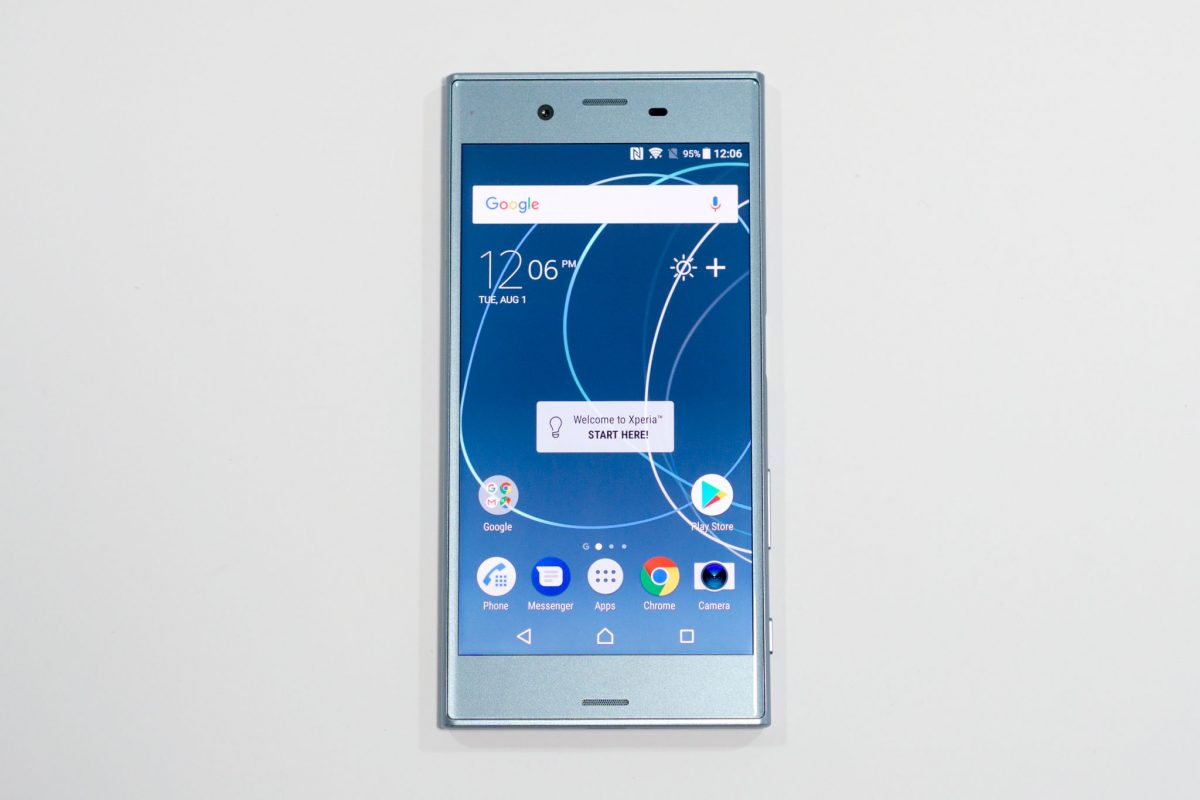 The overall design of the Xperia XZs is basically a rectangular slab with slightly rounded sides. Build quality is good, and it’s comfortable to hold in the hand.

The top surface is covered by Corning Gorilla Glass. There’s significant bezel space above diagonally, and its and below the display. That display measures 5.2-inch with Full HD 1920×1080 resolution. It’s bright, and while colours are alright, the blacks and not deep enough. 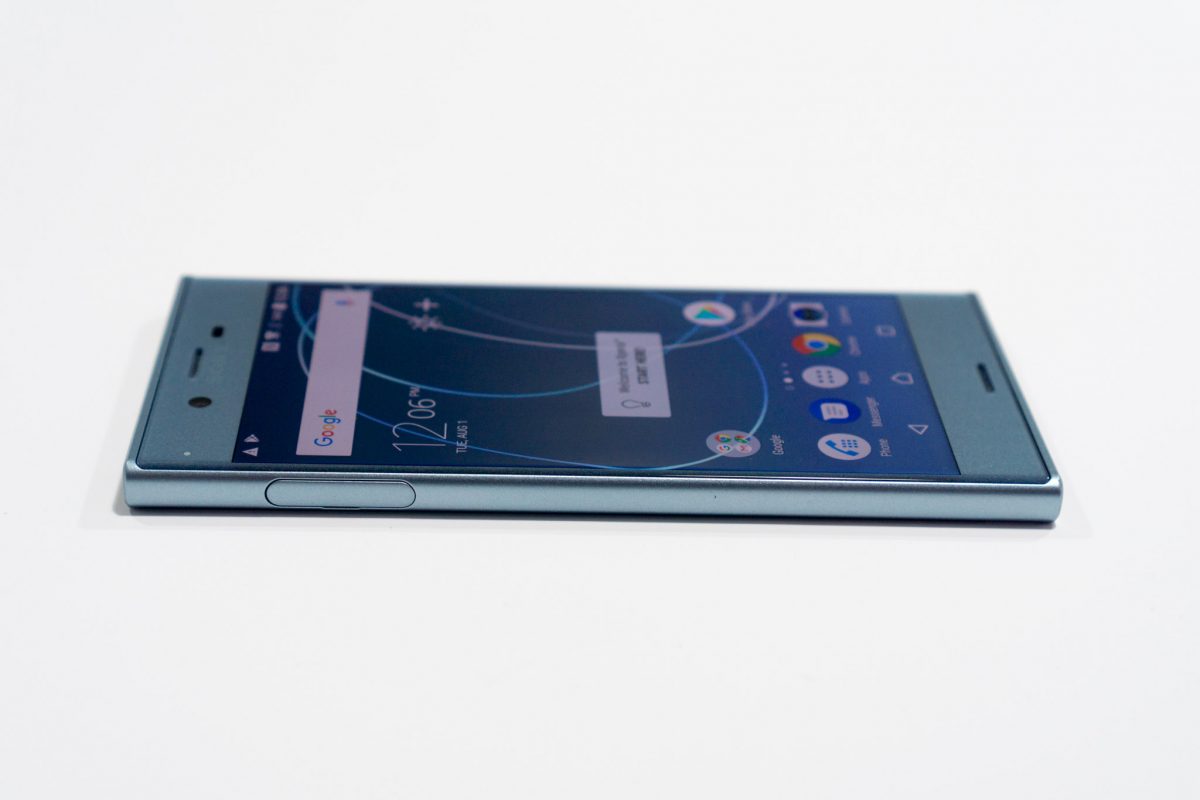 The SIM slot is on the left side, protected under a flap that’s easy to open with your finger nails, no tools needed. The tray within accepts dual nano-SIM cards, with microSD card supported in place of the second SIM slot.

Rather unusually, Sony has elected to locate the volume rocker in the lower half of the phone. It’s not naturally easy to reach, and I can imagine that would be somewhat inconvenient when you need to turn down the volume in a hurry.

There’s also a dedicated camera button all the way towards the bottom. 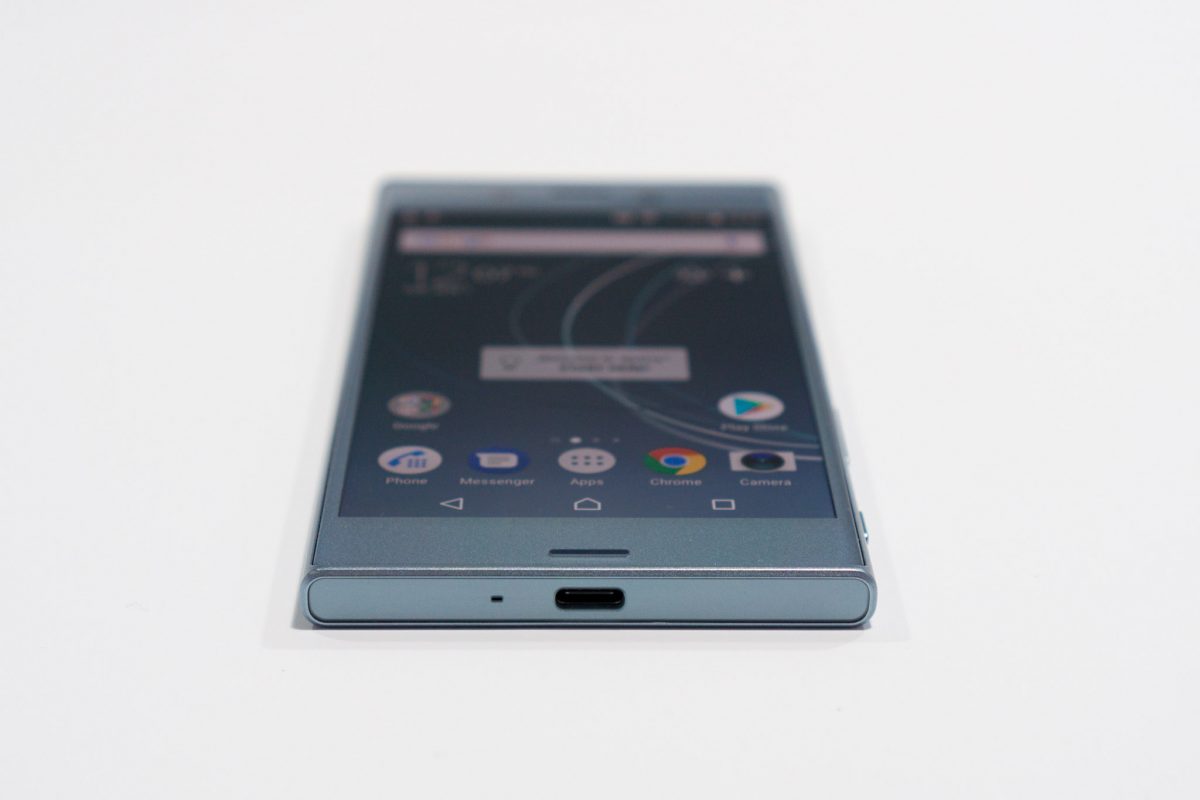 The USB Type-C (USB-C) port is located at the bottom. I don’t need to say anymore that USB-C is prevalent enough to be no longer a handicap.

Sony has preserved the 3.5 mm headphone jack at the top of the phone. 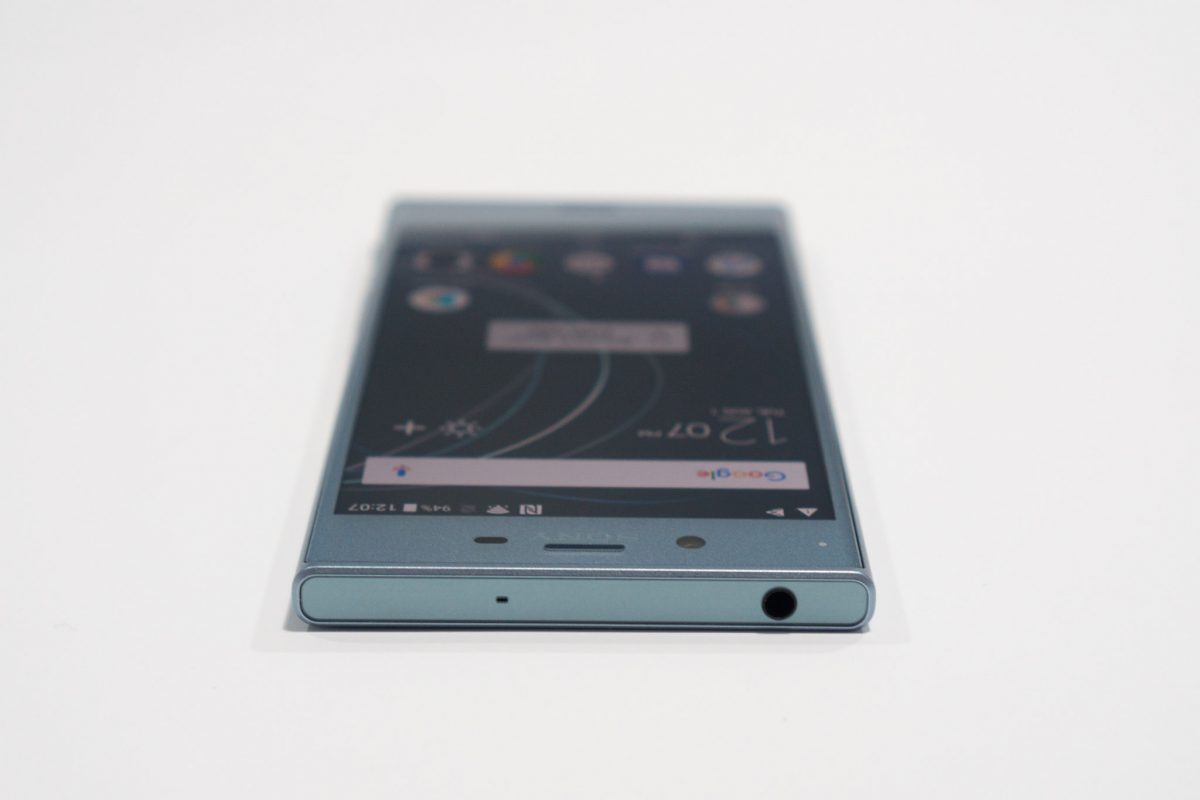 Sony is well-known for their various alpha and Cyber-shot cameras, and they’ve tried to bring their know-how into the Xperia smartphones. The main camera on the back features a 1/2.3″ Exmor RS sensor with 19 MP resolution, 25 mm f/2.0 Sony G Lens, 5-axis SteadyShot stabilisation, hybrid autofocus, and dual LED flash.

One of their camera feature highlights is the very spectacular 960 fps super slow motion videos. There are a few catches though: in this mode, video recording is at 720p resolution, and only for short times. 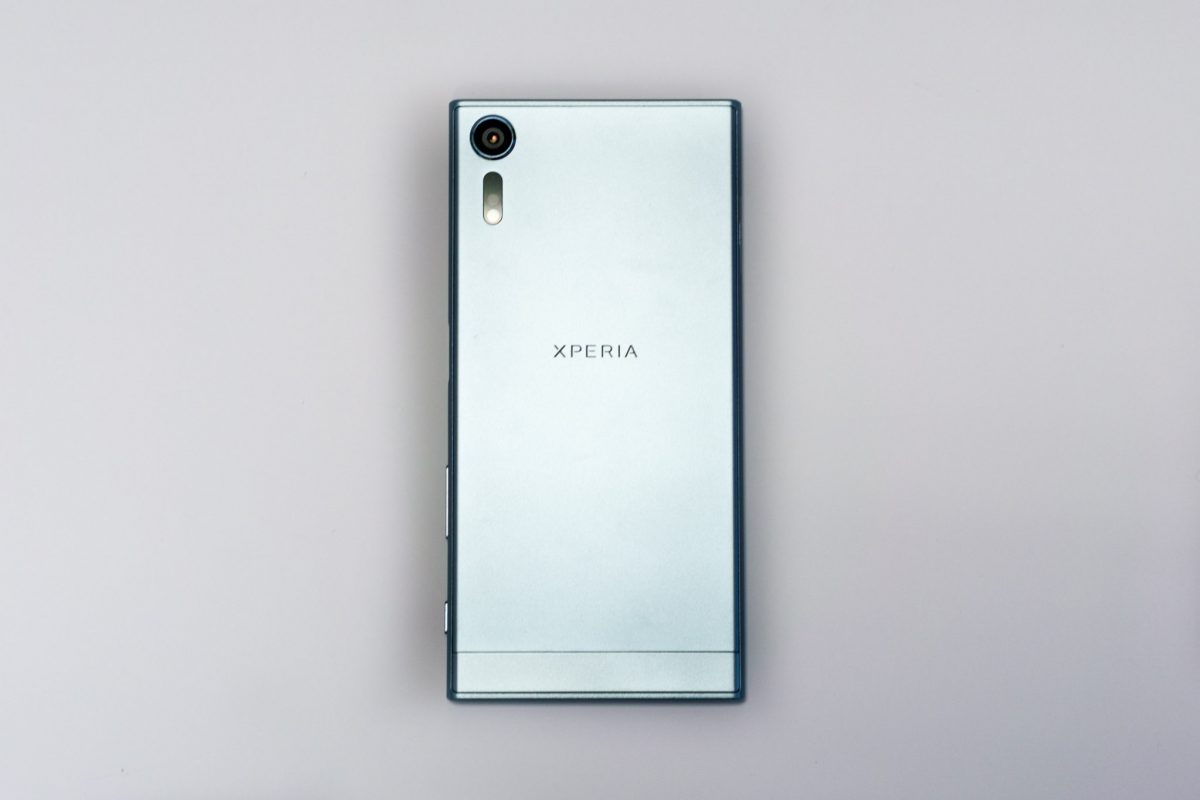 The 2,900 mAh battery capacity seems very unimpressive, but manages to pull through a full day of moderate use. Just don’t over-do the slow-motion videos.

Like many flagships of 2017, the Xperia XZs is water-resistant, rated IP65/68, so you can safely take it to the pool or a beach party.

The Xperia XZs ships with Android 7.1.1. Sony adds a bunch of their own software, but fortunately they haven’t detracted too much from the original Android experience. The Sony camera app is pretty good, with lots of features including manual controls, to take advantage of their camera capabilities. 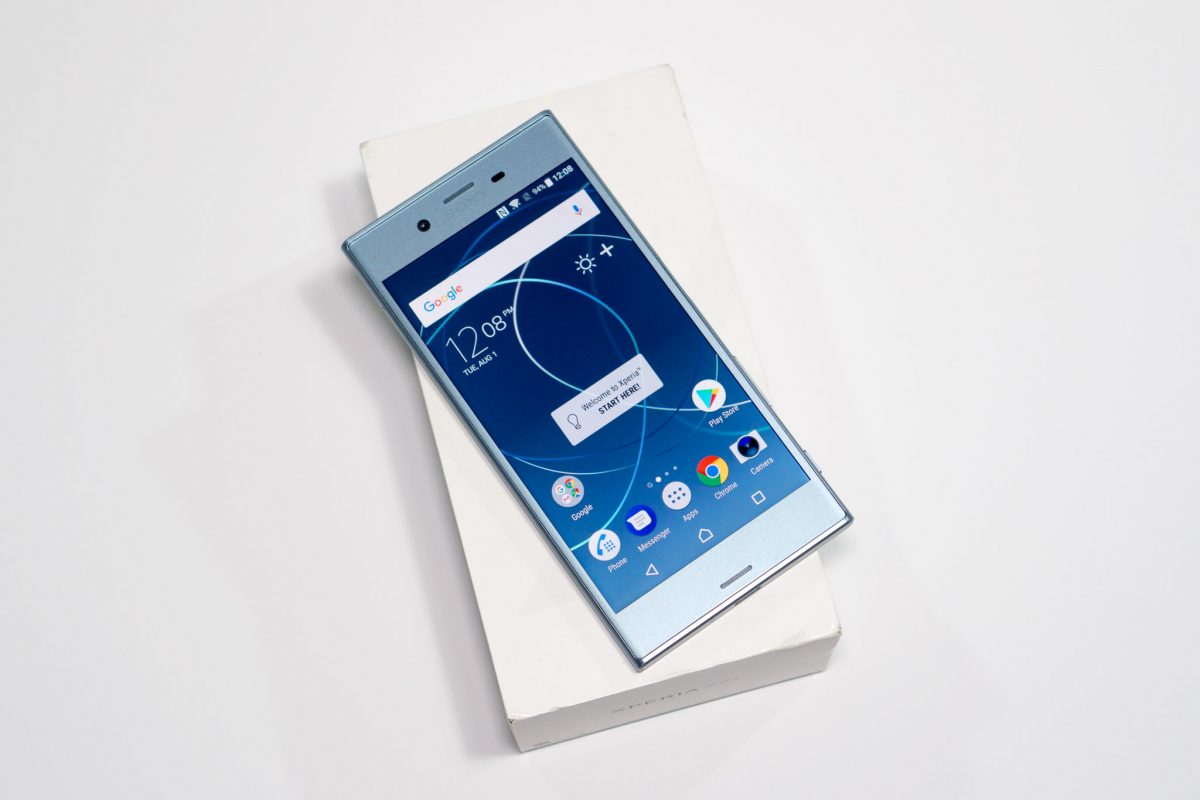 The Sony Xperia XZs is available at a suggested retail price of S$898.

The Sony Xperia XZs has pretty much everything you’d expect from a flagship smartphone, but just not Full HD display.