Many flagship smartphones are now priced over the S$1,000 mark, including the just announced Apple iPhones. But if you’re looking for something a whole lot more practical on your wallet, you still do have several good options, such as these affordably priced Sony Xperia XA1 and XA1 Ultra, launched earlier in May this year.

Sony positions the XA1 and XA1 Ultra smartphones as super mid-range devices. The two smartphones are mostly similar in design and specifications, and differ primarily in size. The XA1 Ultra is the larger-sized device with a 6-inch display, whereas the XA1 has a 5-inch display. In this review, the XA1 is the black-coloured device, while the white-coloured one is the XA1 Ultra.

Both the XA1 and XA1 Ultra are quite representative of the well-recognised Sony smartphone design. Owing to the screen size differences, the XA1 Ultra has a Full HD 1920×1080 resolution IPS LCD display, while the smaller XA1 has 1280×720 resolution IPS LCD display. Both devices feature edge-to-edge screens, at least on the sides, though there are still substantial top and bottom bezels.

If their front cameras look a bit different, that’s because the XA1 Ultra does indeed have a higher resolution 16 MP sensor with OIS and flash, whereas the smaller XA1 has a 8 MP sensor, without OIS and flash.

Both smartphones have their SIM tray on the left side, capable of holding dual nano-SIM cards, and separately, also a microSD card for extra storage capacity. It’s a good thing that these smartphones don’t ask you to give up one SIM to use a microSD card.

On both smartphones, the right side has the usual offering of a volume rocker, and a power button below that. Common on Sony Xperia smartphones, you’ll also find a dedicated camera shutter button towards the bottom.

The bottoms of both smartphones are also similar, fitted with a USB Type-C (USB-C) port, and a speaker grill on the right side.

The 3.5 mm audio jack, fortunately, isn’t going away with the XA1 and XA1 Ultra. 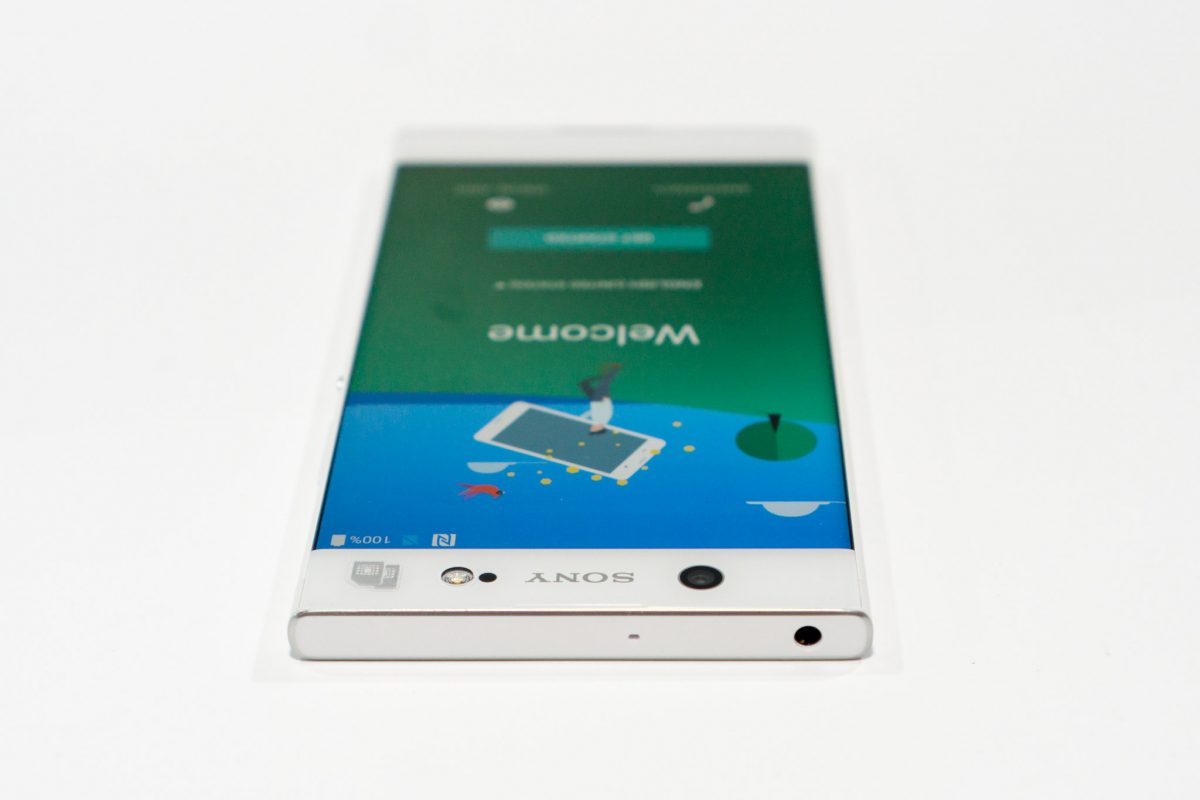 On the back, both the XA1 and XA1 Ultra sport the same primary camera. It’s a 23 MP 1/2.3″ sensor, paired with a f/2.0 24 mm lens. The camera supports laser and phase detection autofocus. Software features include manual focus, touch to focus, object tracking, smile detection, and face detection. Video shooting is supported at Full HD 1080p 30 fps.

Under the hood, both the XA1 and XA1 Ultra are powered by the same MediaTek helio P20 octa-core processor. The smaller XA1 has 3 GB RAM, while the larger XA1 Ultra has 4 GB of RAM. Both smartphones have the same 32 GB of internal storage, and support expandable storage on microSD up to 256 GB capacity.

Other connectivity features between the two devices are similar. The cellular radio supports up to LTE-A Cat 6. They both support Bluetooth 4.2 with A2DP and aptX, 802.11 a/b/g/n dual-band Wi-Fi, GPS, A-GPS, Glonass, and NFC.

Also owing the physical size differences, the XA1 has a smaller battery at 230 mAh, while the larger XA1 Ultra has a 2700 mAh battery. Admittedly the battery sizes are not very impressive. While the 720p and 1080p displays may demand less power, the phones just about make it a full day with moderate, casual, use. I would generally have liked to have some buffer for occasional heavy use.

Given the Xperia XA1’s and XA1 Ultra’s, I don’t expect to ask too much, but it seems a pity that fingerprint reader and water-resistance aren’t offered by these smartphones.

Both smartphones come with Android 7.0 (Nougat), with upgrade to Android 8.0 (Oreo) promised. Sony doesn’t skin their Android flavour too much, so you pretty much experience Android software the way Google had intended it.

Sony’s mid-range Xperia XA1 and XA1 Ultra are great smartphones for budget-conscious buyers. With two distinct sizes to choose from, you can pick what works best for you.