After I recently posted about the D-Link WiFi Smart Plug recently, I realised I’ve not mentioned about a Z-Wave switch plug that I’ve been using for a while. It’s the TZ68E Z-Wave On/Off Switch Socket from TKB Home. This plug doesn’t quite work the same way, but it’s still a piece of a home automation system for building a smart home.

The TZ68E is different in another way too. It’s simply an on/off switch, not capable of energy monitoring like the D-Link WiFi Smart Plug I had reviewed. TKB Home has another model, the TZ69E, that meters energy consumption too, so it’s more inline with that WiFi Smart Plug. I only have the TZ68E though, so that’s what I’m going to talk about here.

The more important difference between the TZ68E an the D-Link WiFi Smart Plug is how the device communicates and interacts with other devices as part of a smart home. The D-Link product is easier to understand. It’s Wi-Fi enabled, connects to D-Link cloud, and you control it through a mobile app. The TZ68E, on the other hand, is a Z-Wave device. Z-Wave is a whole different ball game.

Z-Wave is not Wi-Fi. The whole system works differently. Fundamentally, it needs a home automation controller. I haven’t posted a whole lot about Z-Wave, but I did quickly previewed the Vera Plus Advanced Home Controller last year, as well as several devices such as the Fibaro Motion Sensor. Z-Wave is a radio communication protocol designed specifically for home automation.

The TZ68E is a pretty straight-forward device. There’s just one button which allows you to manually control the switch, allowing you local control of the power without using Z-Wave. The button is also used to perform various Z-Wave functions, such as to pair the device. 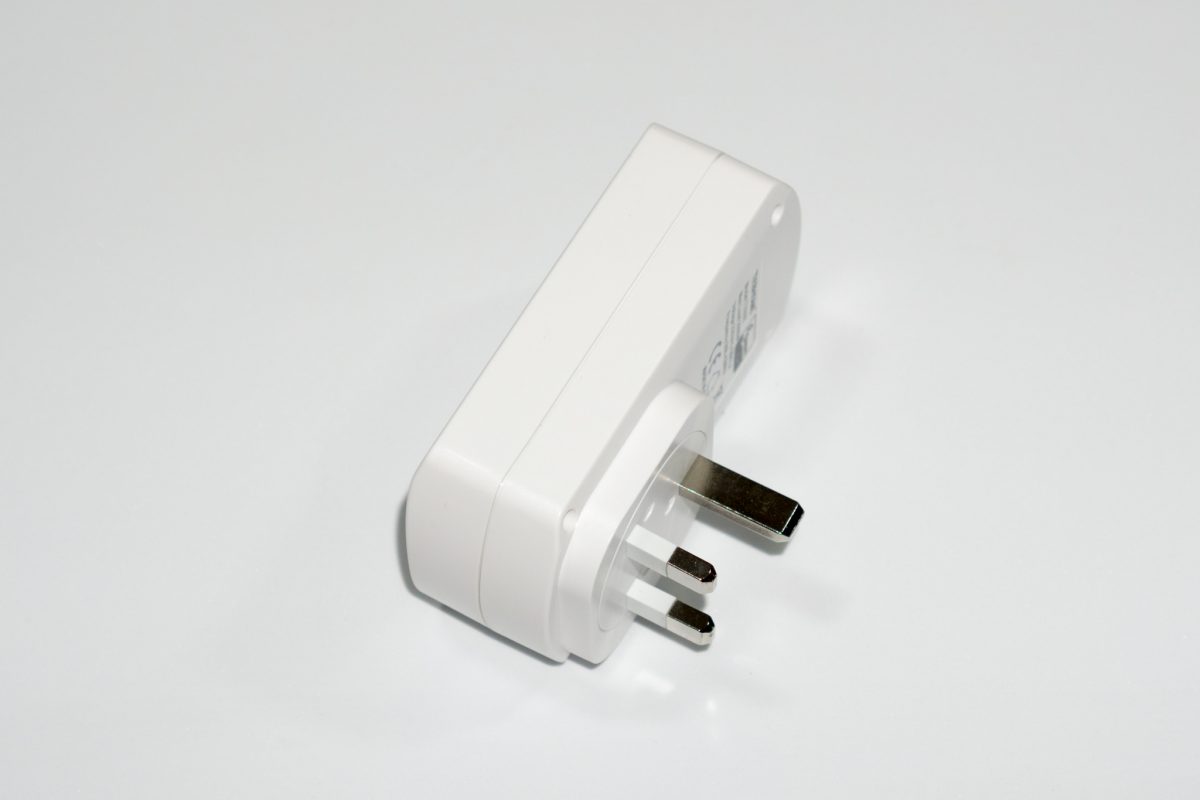 The nice thing about Z-Wave is that you don’t need the device to do anything else. All the apps, smart capabilities, and any other home automation or smart home features, they are all part of the Z-Wave ecosystem. Whether it’s scheduling, scenes, or triggers in response to events, the programmability offered by Z-Wave is quite impressive.

However, you may still prefer a Z-Wave setup because of the overall capabilities that the system can offer.