Although my recent FreeNAS DIY PC was meant to consolidate my storage and compute, other bits of my home network is still in many little bits and pieces. Notably, while my main broadband router is served by a pfSense box, I have at least three other wireless routers in operation, not including another box serving as a Home Automation controller.

The “network centre” is thus still a somewhat messy collection of boxes. In fact, as I recently shared with some people, I’m surprised that my 8-port Gigabit Ethernet switch has practically run out of ports. 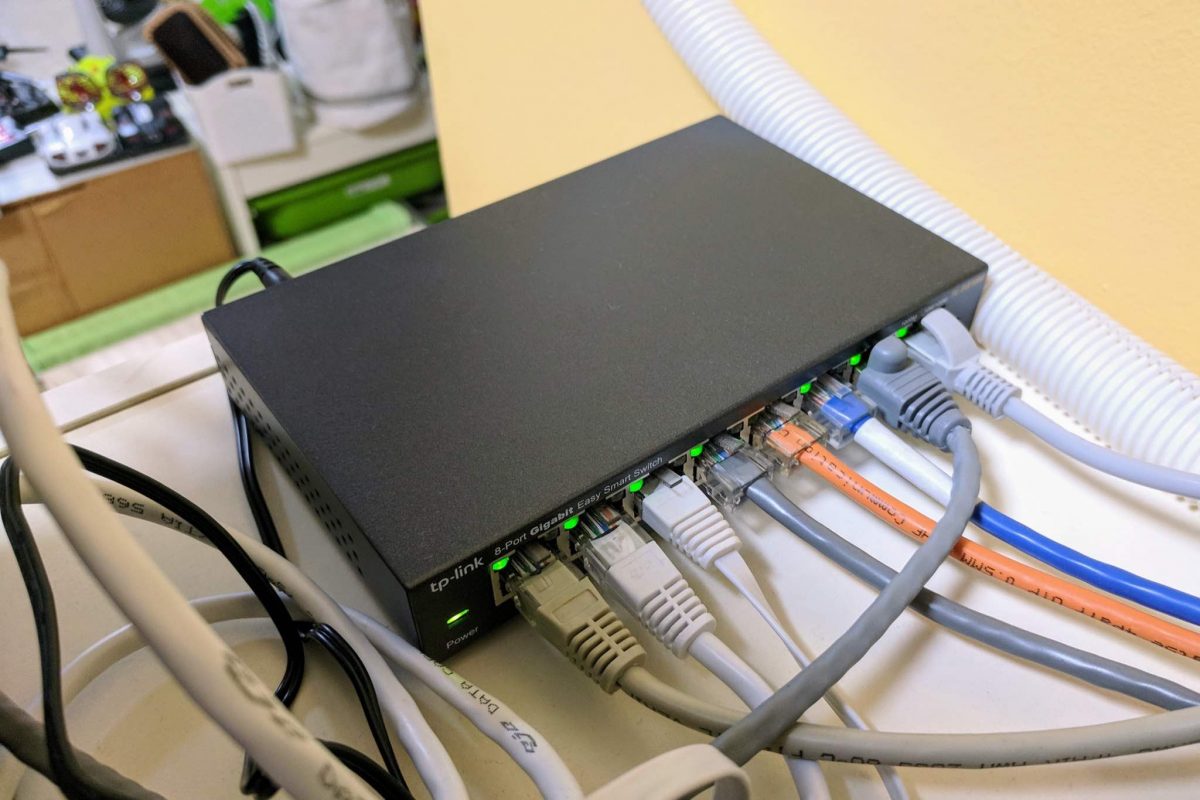 While we talk about everything going wireless nowadays, there are still enough things around that either need to be, or are better off being, wired. I bought the TP-Link 8-port Gigabit Ethernet Switch thinking it would serve me more comfortably than 5-port switches that most people will go for, but even that is almost not enough presently. Looking at my pfSense DHCP lease table, there are some 22 devices online at home, and it’s not like that I have an excessive number of gadgets.

A long time ago, my complex network mostly existed virtually inside a Ubuntu Linux PC. It has since grown out into a bundle of physical boxes. There’s a whole lot more functionality now, of course, and arguably, the technology has become easier to manage. I’ll write more about them in due time.

Looking into the future, I think there’s probably a demand for some sort of home appliance that will roll network, storage, compute, security, home automation, and other bits of a smart home ecosystem, into a single unified platform.