Google’s smart Home speaker from 2016 has a sequel. Launched at their hardware event last October, there are two of them: Home Max and Home Mini. The latter is particularly interesting, because it’s a miniaturised Home that’s much more affordable.

The Home Mini is pretty much to the Home that Amazon’s Echo Dot is to the Echo. There are both smaller and cheaper versions of their respective larger sibling. The Home Mini otherwise has the same capabilities as the Home.

I realised I hadn’t written a review of the original Google Home. I suppose this review of the Home Mini will also serve to cover the Home because of their similarities. The Home Mini is physically more different from the Home than the Echo Dot is of the Echo. 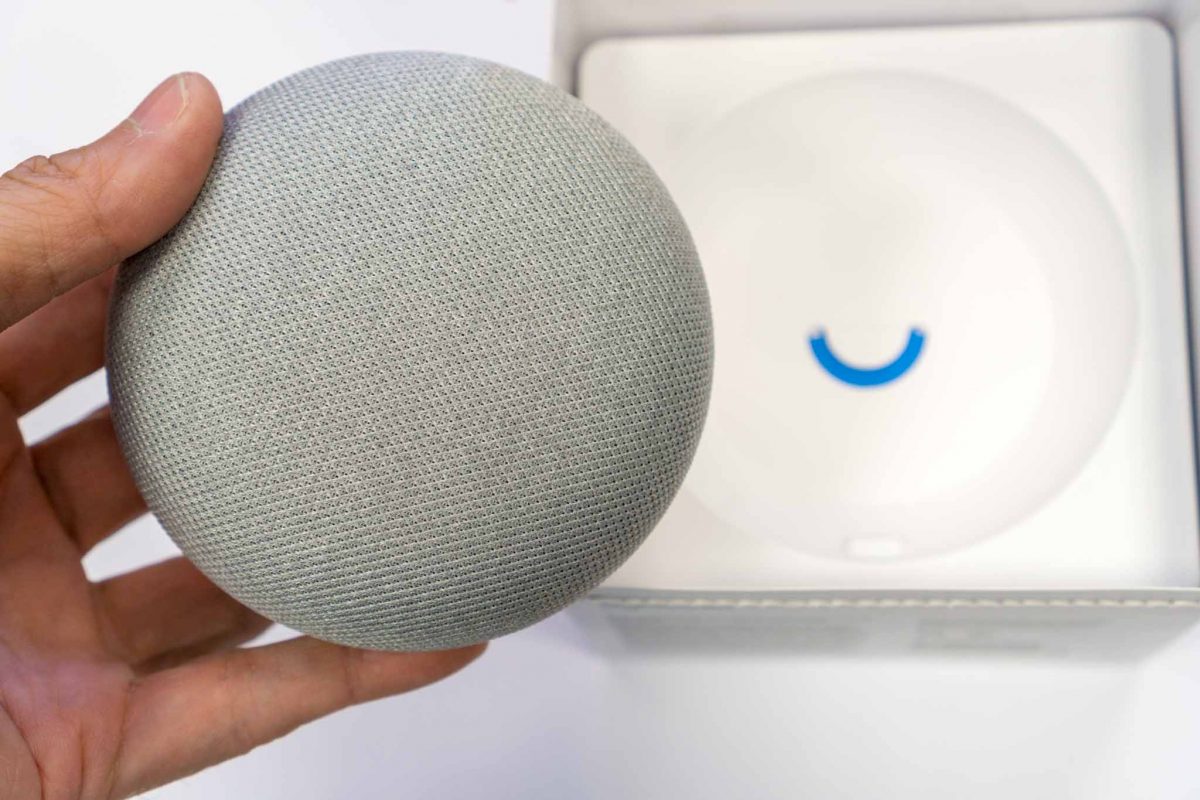 The Home Mini is roughly palm-sized, and it’s all-fabric top basically comes from the Home’s bottom. The two have different forms, but are unified by that fabric. 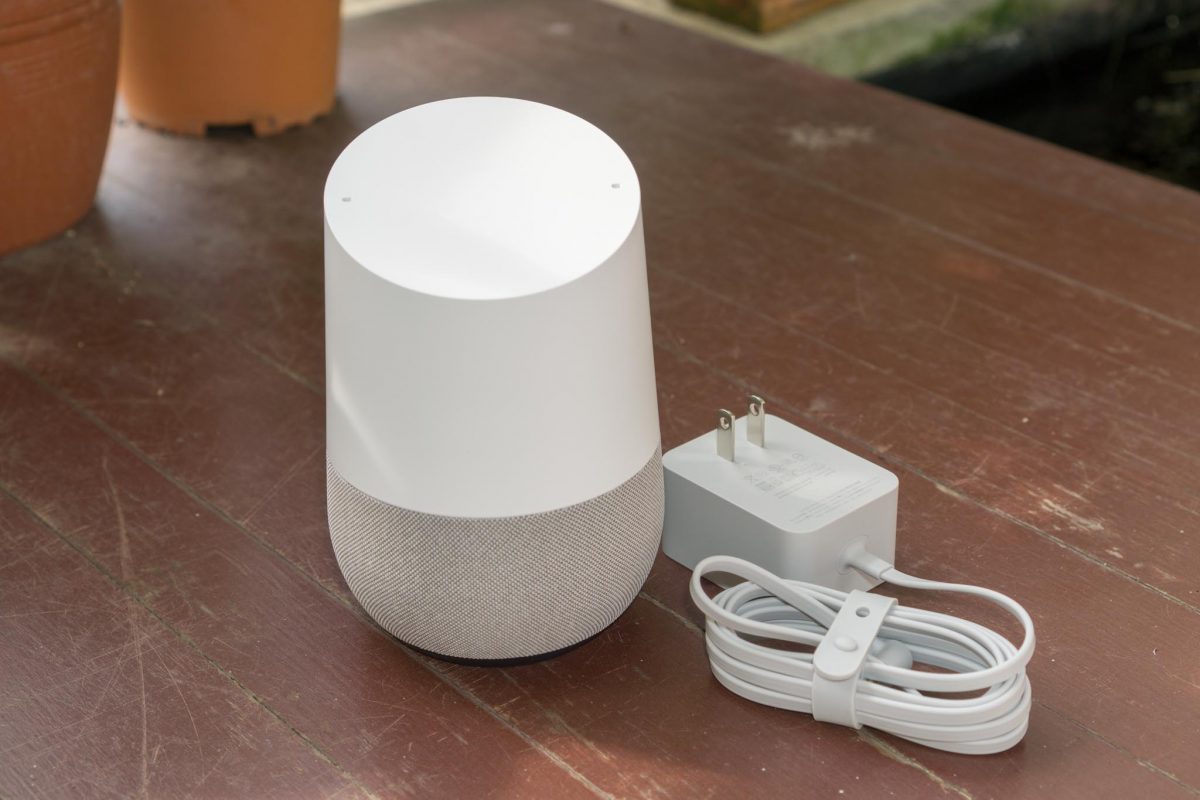 In some ways, the Home Mini blends better into home furnishings. The smaller size helps make it more discreet too.

That fabric top, which could in time become a dust collector that could be troublesome to clean, and perhaps worsened because it serves as the main physical touch interface. Tapping the left or right sides will control volume down or up, while tapping the centre will do a variety of things such as pausing music or stop an alarm. The tap controls are rather sensitive; trying to pick up the Home Mini will inevitably trigger something.

There are four multi-coloured LED lights under the fabric, and they are used to provide some feedback, such as when the Home Mini is listening, muted, or to show volume level when you’re making volume adjustments.

There is one other physical control. It’s a real slider switch to mute the Home Mini. 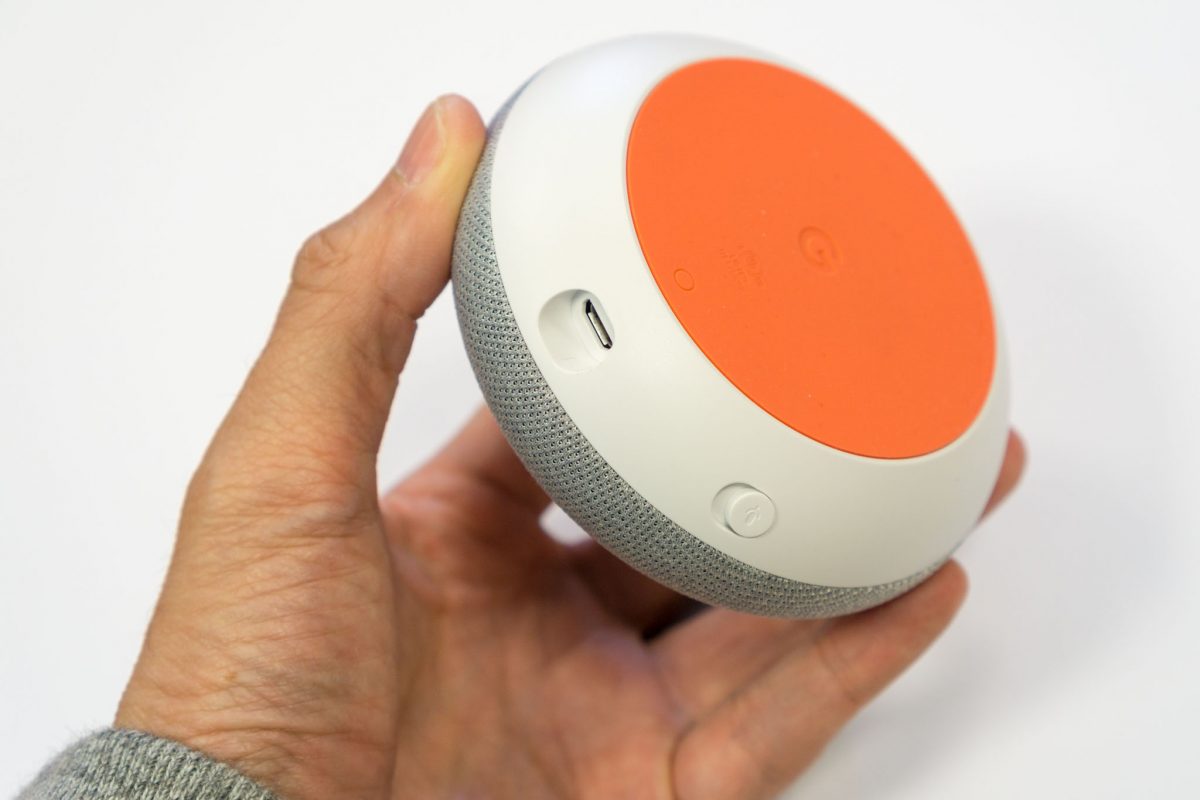 I’m disappointed to see that Micro-USB port used for power on the Home Mini. Given the prevalence of USB Type-C (USB-C) these days, as well as its use on other Google products, it seems strange that Google chose to go with a legacy port on the Home Mini. However, it’s still better than the barrel jack used on the original Home.

The Home Mini has a single top-firing speaker. It’s works well enough, but certainly won’t impress as well as the Home’s three drivers setup. While the Home works well to fill up a whole room with loud music, I think the Home Mini is more suited to a smaller work area. The latter’s sound quality is actually not bad, given its size. In fact, voice responses can be heard well and good.

The far-field microphones work absolutely well. It hears me from across the room, even above music playing from it. I don’t even have to face the Home Mini, let alone try to project my voice to it. 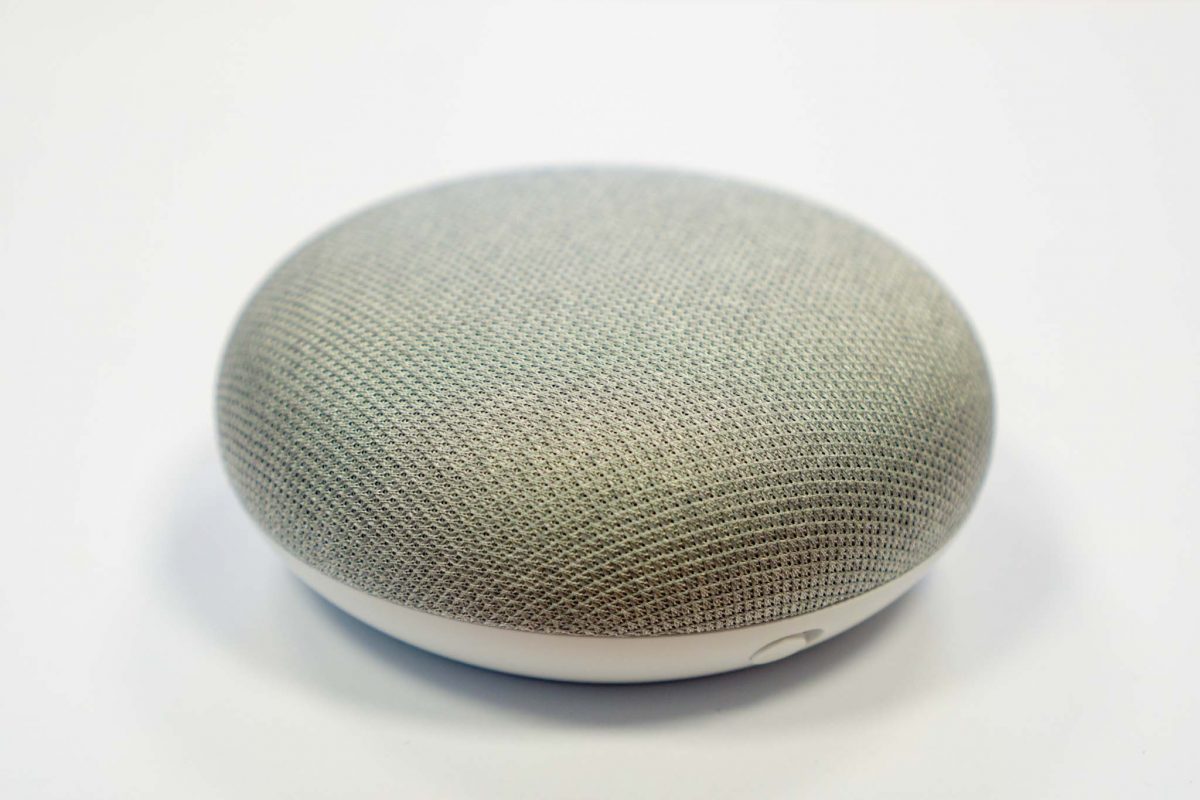 You can set the Home Mini to play music to a Cast-enabled speaker, including the Google Chromecast Audio. I suppose this seems to be more of an audio routing feature of the Google service rather than some inherent feature of the Home Mini, but it can be a good solution for those who want louder and better quality music. However, it would have been easier to simply provide 3.5 mm audio port for connecting a speaker directly to the Home Mini.

The Google Home Mini retails for US$49 from the Google U.S. Store. There are threecolour options: light gray, dark gray, and coral red. The Home Mini is not available directly from Google in Singapore, but you can easily find third party resellers.

The Google Home Mini is an affordable choice for getting in to Google’s smart home ecosystem.