This year, smartwatches are set to become a whole lot more mainstream, especially with Apple finally getting into the game. Android users already had a head start from last year. Then, there are also a bunch of mobile platform-agnostic smartwatches out there. Many smartwatches had prioritised function over form. but increasingly, newer ones are designed to be a good-looking timepiece.

The ASUS ZenWatch is one such timepiece that looks fitting to accompany you to dinner, and is an Android Wear powered smartwatch at heart. Launched late last year, the ZenWatch sports a stainless steel frame, complemented with a rose gold coloured band around the sides, and is accompanied by a brown leather strap. The ZenWatch looks as elegant and stylish for a smartwatch. Interestingly, just in terms of looks, the ZenWatch has some remarkable resemblance to Apple’s upcoming Watch.

The ZenWatch looks smart, but it still is unmistakably a smartwatch. It’s rather hefty, weighing in at 75 g. By smartwatch standards, the ZenWatch’s 9.4 mm thick body can be considered slim, at least much so compared with the first generation Pebble and Moto 360.

A large 1.63″ AMOLED display, with 320 x 320 pixel resolution, dominates the surface of the ZenWatch. The display supports touch, which is the primary form of input you’d use with the watch. Viewing angles of the display is pretty good, as is the brightness level and contrast, but this is simply consistent with what you’d expect from an AMOLED display. Under bright sunlight, the AMOLED is no match with an E-paper display, but you’d be able to get by making out what is on the display.

For protection, the face of the ZenWatch is covered by 2.5D curved Corning Gorilla Glass 3. This should keep the watch face from getting easily scratched. 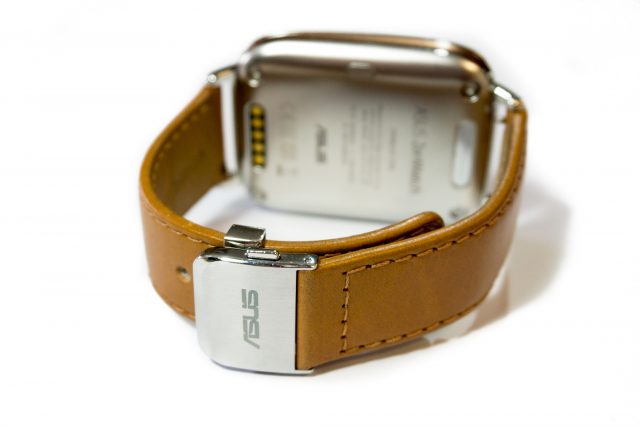 The ZenWatch has a standard 22 mm strap attachment, so you can easily swap out the stock leather strap for something else you prefer, offering you the opportunity to personalise your watch. The leather strap provided with the ZenWatch comes with an adjustable metal clasp.

The back of the ZenWatch has a single button. It’s mainly used to power on the watch, and as an alternate way to access the Settings. This button is not meant to be used often, since its position makes it inconvenient to access when you’re wearing the watch. 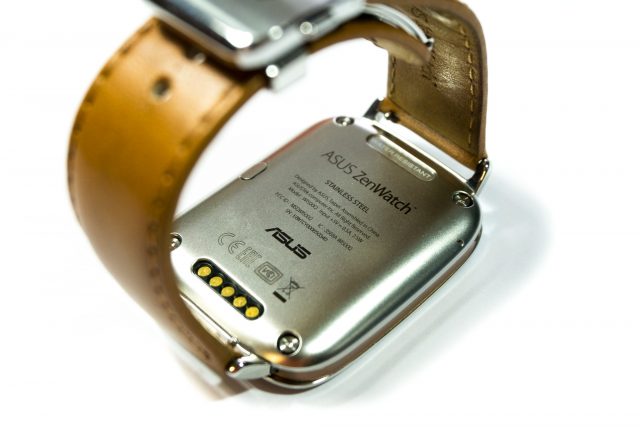 You’ll also notice the charging contacts on the underside of the watch. The ZenWatch is charged using the included charging dock, which in turn is powered via a Micro-USB port. The watch has a 1.4 Wh battery, which in real life, seems to translate to a little more than one day of use. You’d definitely need it recharged every night. This is the case with the watch display always on. Obviously, this is not going to compare with E-paper type of smartwatches, but I had hoped it would do at least two days comfortably.

The ZenWatch has a built-in microphone, so you can give “Ok Google” voice commands to it. It supports Bluetooth 4.0 communication, has a 9-axis sensor, and a heart rate sensor. 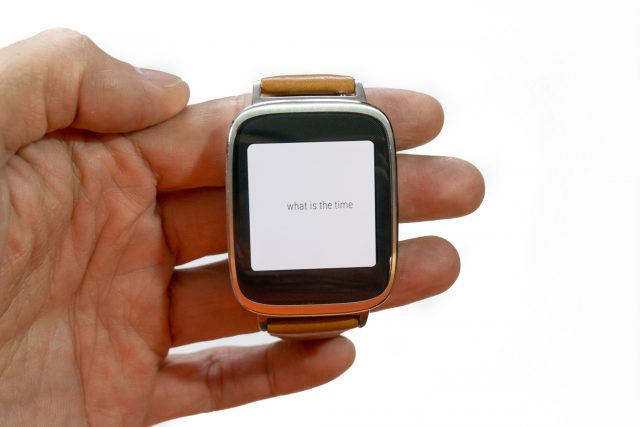 Other notable hardware specifications include a Qualcomm Snapdragon 400 1.2 GHz processor with 512 MB of RAM and 4 GB of flash memory.

The ZenWatch is Android Wear powered, so to some extent, it has about the same features as other Android Wear offerings from Motorola, Samsung, Sony and LG. Everything revolves around Google, or Google Now cards, and notifications that get streamed from your phone. Apart from the touch display, you use voice commands to interact with the watch. If you are familiar with Android Wear, you’re already mostly familiar with the capabilities of the ZenWatch. 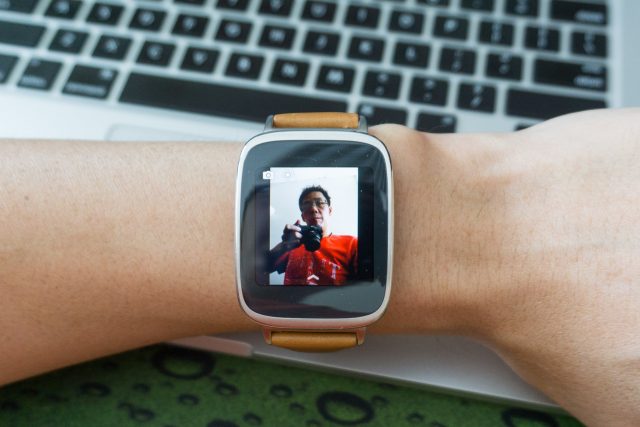 Several ZenWatch features are worth nothing. You can display the smartphone camera’s viewfinder on the ZenWatch, and trigger the remote, making it easy to capture selfies or compose photos from creative angles.

There are a bunch of phone helper features like Disconnect Alarm, Find My Phone, Cover to Mute and Unlock My Phone which seamlessly integrate with your phone to make everyday use that much easier. 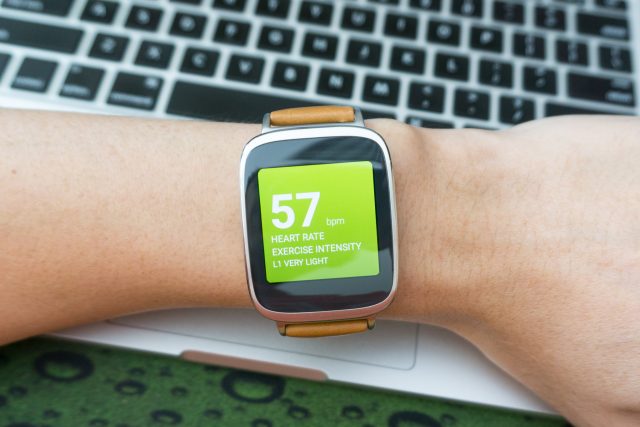 Joining in the fitness craze, the ZenWatch includes a pedometer function as well as a heart rate sensor. The heart rate sensor requires you to hold two fingers to bot sides of the watch, and wait a couple of moments. The step counting seems reasonably accurate when I walked a test circuit.

The ASUS ZenWatch costs S$299, which is relatively inexpensive compared with other Android Wear smartwatches.

The ASUS ZenWatch is a stylish, yet relatively inexpensive, Android Wear powered smartwatch.