Computer glasses are beginning to get quite popular, with optometrists often recommending them to people who need to work with computers. It was recommended to me, recently, when I was getting a new pair of glasses. It is supposed to reduce glare and reflection associated with causes of eye strain. I went along with the idea. 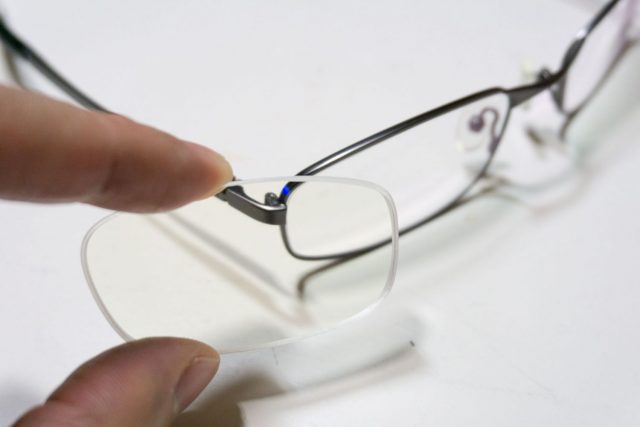 Bad idea. The glasses are tinted. You can see the warm yellowish tint in the lens held between my fingers in the photo above. The tint might be indistinguishable for some people, though I highly doubt it. At best, the tint is subtly noticeable and thus not bothersome, but for others, the tint is unworkable.

The principle behind these computer glasses, or at least some of them, is that the blue light from computer screens are harsh, and to help reduce eye strain, they reflect or block some of the blue light so that less of it reaches your eye. Now, of course, if you remove some blue light, then the resulting colours that reach your eyes ought to be somewhat tinted. If you remove blue, then the image becomes warmer, or more yellowish.

You can see in the photo below how much of the blue is reflected as I try to catch the reflection of overhead lights in the lens. I did not paint the blue into the photo, in case you’re wondering. 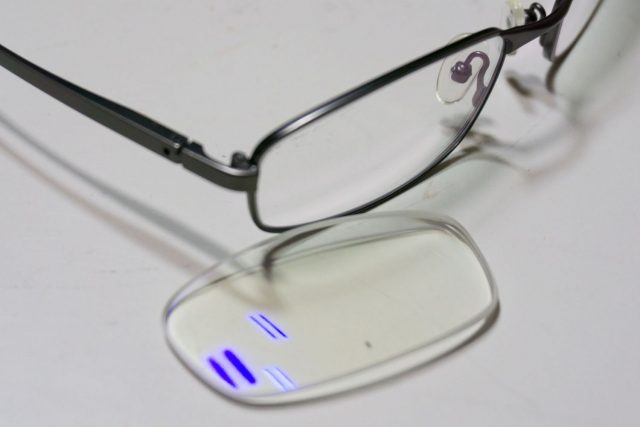 If blue is so bothersome, then why can’t we simply apply some colour correction on the computer screen itself? After all, most displays allow some temperature adjustments, and if not, surely your operating system has got some software to make those adjustments. I’m not sure why one would need a separate pair of glasses just for viewing computer screens.

This is actually the second time that computer glasses were recommended to me. It was pointed out to me the previous time that there would be some tint. However, this time I was told, or at least led to believe, that the image will look just the same, but more comfortable.

My recommendation, if you need to see colours for how they truly are, is to do without these computer glasses. Being able to see the true colours might be pretty important for some people. For example, if you are post-processing photos in Lightroom or Aperture, or whichever your favourite photo program is, you’d need to know what is true white, and not get a distorted sense of colour.

Since we can already get anti-glare and anti-reflection coating on lenses, it seems to me, then, that there’s little point in these computer glasses. They’re pretty much like sunglasses to me.

On the other hand, if you don’t mind tinted lenses, perhaps this might work for me.