If you’ve not heard about the Pebble Time smartwatch, you need to find out about it. It’s the most funded Kickstarter project of all time, besting its own earlier record with the prior generation Pebble smartwatch. Pebble Time boasts 7 days battery life, works with both Android and iOS smartphones, and became available in retail in Singapore since yesterday. 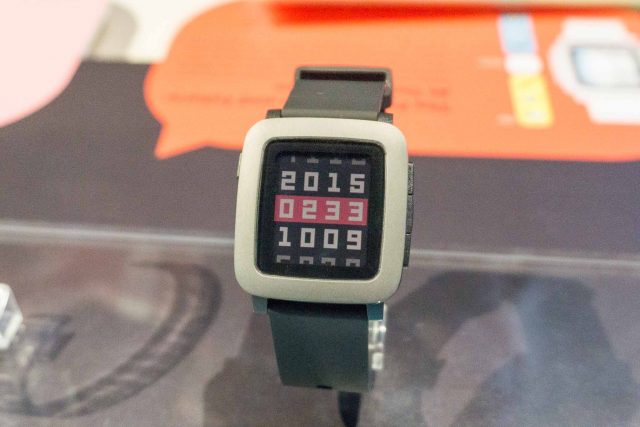 I’ve previously reviewed both the Pebble Time on this blog. If you’re not familiar with this smartwatch, here’s a quick summary of its key features:

The Pebble Time doesn’t have all the bells and whistles like many of the other Android Wear or Apple smartwatches. For example, you won’t find a touchscreen on the Pebble Time. Instead, it relies on four buttons on the side of the watch for inputs. There isn’t a heart rate monitor, and there isn’t NFC either.

Although the hardware may seem to be relatively basic, the Pebble Time is perfectly functional and really good at what it is designed to do. It is lightweight, at just 42.5 g. It’s also only just 9.5 mm thin, so the Pebble Time feels pretty much like how a watch should feel on your wrist. The Pebble Time’s plastic build, unfortunately, makes it feel a little cheap. A premium edition, Pebble Time Steel, should help in that area.

The Pebble Time’s e-paper colour display is really, truly, amazing. Unlike LCD screens which get washed out under bright sunlight, the e-paper display remains perfectly readable. In low-light conditions, or in complete darkness, shake the Pebble Time and a backlight will come on to illuminate the display.

There are just 64 colours on the Pebble Time’s e-paper display, and with a resolution of just 168 x 144, you may feel a little disappointed compared with other smartwatches. These are some of the current limitations of e-paper technology. I’ll much prefer the low-power and perfect legibility characteristics offered by e-paper over traditional LCD screens.

On the software side, the Pebble Time runs its own operating system, which works in conjunction with a companion Pebble smartphone app on either an Android or iOS smartphone. The Pebble Time communicates with your smartphone over Bluetooth.

The Pebble Time tells time through a variety of customisable watch faces. You can choose from Pebble’s own watch faces, or download third party ones from the Pebble appstore. I’ll talk about the third party apps a while later. 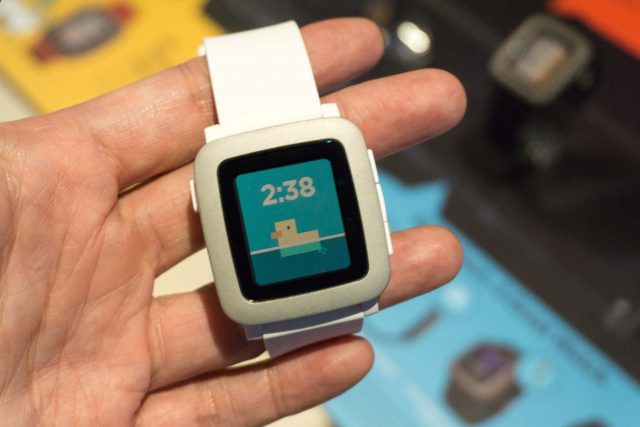 Revolving around that watch face is the concept of a timeline, where you can see what’s happening now, in the recent past, or in the near future. These can show events, weather conditions, and missed notifications. Third party apps can also insert entries into the timeline.

A cool feature on the Pebble Time is the ability to respond to messages with your voice. The built-in microphone allows you to dictate your replies. Voice data is sent to your smartphone for recognition. Voice replies are currently only supported on Android smartphones, but Pebble says they’ll release a software update to support voice replies on iOS devices at a later time.

Pebble has their own app ecosystem, currently counting over 8000 apps that include a wide variety of functions include transit directions, health and fitness, games, news, and others. There are several apps just for Singapore, such as Bus Time and SGHaze. 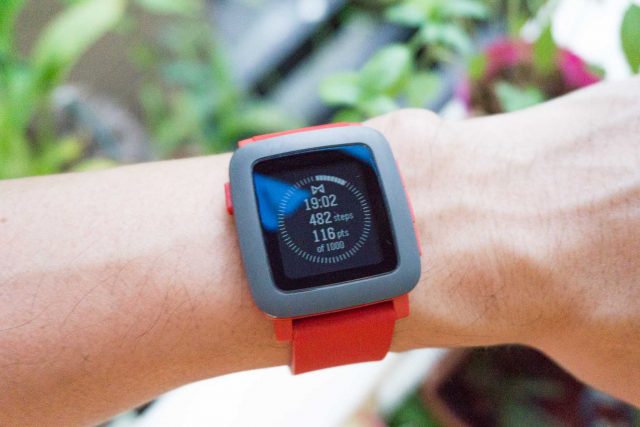 Although the Pebble Time has no heart rate sensors, it’s gyroscope and accelerometer enables it to work as a pedometer. Apps such as Jawbone and Misfit will count steps, as well as monitor your sleep. You get the basics of health and fitness monitoring with these apps.

I cannot mention the Pebble Time’s impressive battery life enough times. We are talking about seven days. I particularly love this feature about it, because I don’t need another device to worry over about battery life and recharging every night. The Pebble Time will last the rest of a long day even when the low battery alert shows up in the morning. 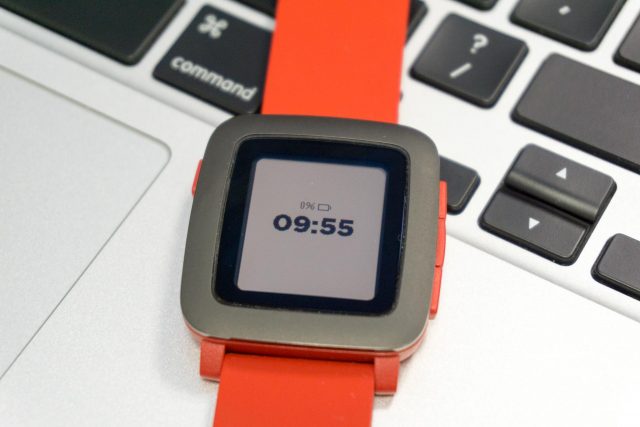 Furthermore, even when the battery has quite run out of juice, the Pebble Time will still show time for long enough to be useful as a watch.

The Pebble Time’s always-on colour e-paper display with 7 days battery life puts it in a class different from other smartwatches on the market. It’s great for handling notifications, and many useful third party apps extend its functionality.