I have been migrating across telcos recently, from red to green, and so I had both their smartphone apps installed. Red was basic, but functional. Green had lots of useful information. Red had an app update earlier this week that improved somewhat the user experience in their app. At that time, I wondered how Orange was doing. 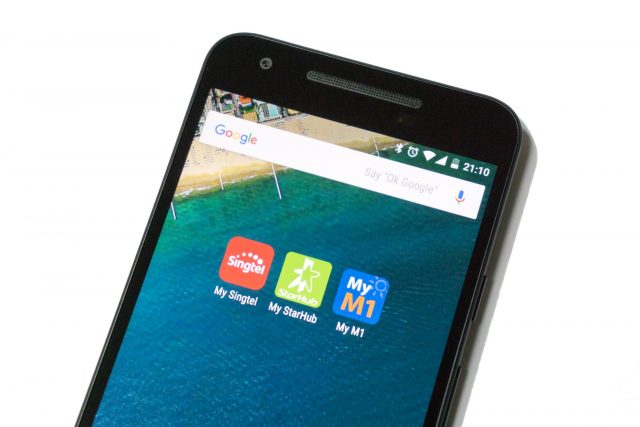 I was curious, so I took a look, and I was surprised. The M1 app was blue? SingTel’s colour is red, StarHub has green, and M1 was supposed to be orange. I thought for a moment that perhaps this wasn’t the legit M1 app. How can the colour be wrong? Google Play store does say the app is by M1 Limited, and M1’s own website depicted the same blue icon. I’m surprised.

Also unusual was that while the SingTel and StarHub apps both depicted their official logos on their respective icon, M1’s icon doesn’t display the proper rendering of the “M1” logo.

In case M1 had simply overlooked the design of their app icon, something which I’d think is a serious oversight, it turns out that even within the app, blue was chosen as a primary colour. I’m not sure what is happening here. Is M1 planning to turn blue?

Turning blue isn’t such a great thing you know. Is M1 turning blue because of competition from the Red and Green, and perhaps also the coming Purple?