A big news this week, at least for photographers looking for APS-C mirrorless cameras, is Sony’s announcement of the new a6300 camera. It succeeds that a6000 model which was announced about two years ago. The a6000 was, and still is, a really popular camera amongst amateur and enthusiast photographers, so there’re high expectations of its successor. 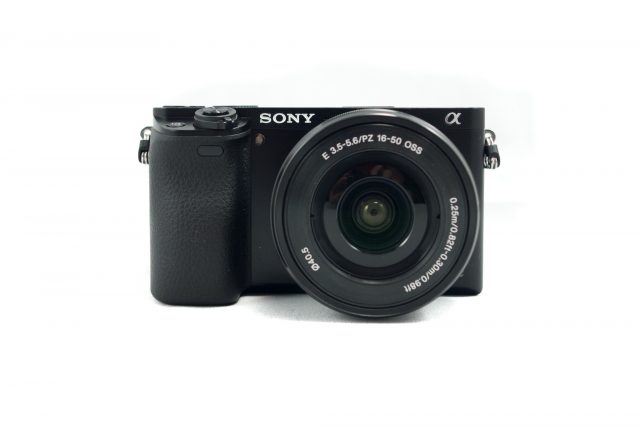 At first glance, the a6300 is remarkably similar to the a6000. The above photo is of the a6000, and it could easily have passed off as an a6300. There are in fact some small changes to the body, but it seems all the important changes are inside.

The key improvements in the a6300 include a new 4D FOCUS system with faster autofocus and more autofocus points. There’s the new 4K video recording, as well as a new improved APS-C sensor.

Now, if that doesn’t sound like a whole lot, it’s really all in the details. The sum of all the little improvements are a bit more substantial. If you’re an a6000 owner, it’s possible that you might even be tempted to upgrade to the a6300, although perhaps for others, the differences aren’t big enough. It really comes down to what you need from the camera.

The a6300 sports a new 4D FOCUS hybrid autofocus system can lock focus in 0.05 seconds. Sony says it’s the worlds fastest AF system. If you remember, the a6000 also touted the world’s fastest AF system, at its time, being capable of acquiring focus in 0.06 seconds. Now, you’d think, 0.05 seconds doesn’t seem like very different. That’s true. What’s more important,  though, is that the new a6300 has 425 phase detection points (198 in the a6000), and 169 contrast detection points (25 in the a6000). The number of autofocus detection points is really impressive!

The a6300 has a new Exmor CMOS sensor. It actually has a very slightly lesser resolution, at 24.2 MP, than the a6000’s 24.3 MP, but the new sensor features a new, thinner, copper wiring in its structure to improve light collection efficiency and accelerate readout speeds. In tandem with the updated BIONZ X processor, the a6300 should produce less noise.

The a6000 had a somewhat noisy shutter. It was impossible to shoot discreetly with the a6000. The a6300 now features a silent shooting mode that should draw less attention to yourself, particularly when in situations where excessive shutter noises might be inappropriate.

Video capabilities have finally been brought up-to-date in the a6300! First, the a6300 brings 4K video shooting capabilities, with XAVC S codec and up to 100 Mbps bitrate. There’s also a line input to connect external microphones, capable of supporting XLR input with Sony’s XLR adapter kit. UHS-I U3 SD cards are now supported, and are required for 100Mbps recording.

Along with faster autofocus in video mode, at twice that of the a6000, the a6300 looks to quite well serve a video recording role.

Additionally, the a6300 offers Full HD shooting at 120 fps. Those who love shooting slow motion video are will be really pleased.

Yes, the body look very similar, but there are some tiny changes. For example, it has an updated magnesium alloy design, with better dust and moisture resistance, although not as far as being splash proof. The grip is also improved with better anti-slip material.

The most important one change visible on the body, at least to me, is the mode dial. There is now direct access to two different memory modes on the mode dial itself. I had found the a6000’s single memory position on the mode dial, which required subsequent fiddling with the control wheel, rather clumsy.

Then, there’s now a digital level gauge in the a6300, something I couldn’t understand why Sony left out in the a6000.

Finally, there are a bunch of other improvements, not really important to me but perhaps others might appreciate them more, such as the higher-resolution 2.4 MP XGA OLED Tru-Finder EVF, up from the 1.2 MP in the a6000. Sadly, there’s still no touchscreen, something I’d have liked for easy touch-focus.

It’s going to be tough deciding if the a6300 is a worthy upgrade if you already have the a6000. But otherwise, the a6300 seems to be a really fine mirrorless camera.