We celebrate another National Day again today. It’s Singapore’s 52nd year of independence. The National Day Parade (NDP) is one of the biggest event on the Singapore calendar. For some reason, someone thought fit that every NDP should have its own logo, and of late, I’m finding the selected logos look really strange.

Last year, I wrote about how the NDP 2016 logo looked like a broken heart, and how perhaps it might represent a broken Singapore. It’s like Singapore has fractured with the passing of our founding father the year before.

Then, this year, we have a logo that appears to sing a happy tune. When I first saw it from afar, I didn’t realise it was about NDP. The first thing that came to my mind was some sort of Hello Kitty themed icon. As I got closer, it started to look like a tattered Hello Kitty cloth.

Maybe it’s because of my failing eyesight. So when I finally got near enough, I realised it was the NDP 2017 logo. What is it about Hello Kitty and tattered cloths? Oh. Those are four interlocking hands.

For some reason our NDP logo designs have become quite crappy?

I looked back at the logos from all the previous years. Some were nice, some were good, some were just so-so. Nothing stands out as being bad.

The logo for the golden jubilee NDP was “safe”. It was an important year, but we simply got a, well, simple and safe logo. I suppose better safe than something crazy. 2016 and 2017 went downhill.

Maybe the Hello Kitty logo has a hidden message about Singapore going back to its growing up years. There is some chaos in our land. We have many challenges. We have a bunch of things we need to figure out. The race-based Presidential election coming up next month will be quite a divisive affair. We should also learn to get better logos for future NDPs. 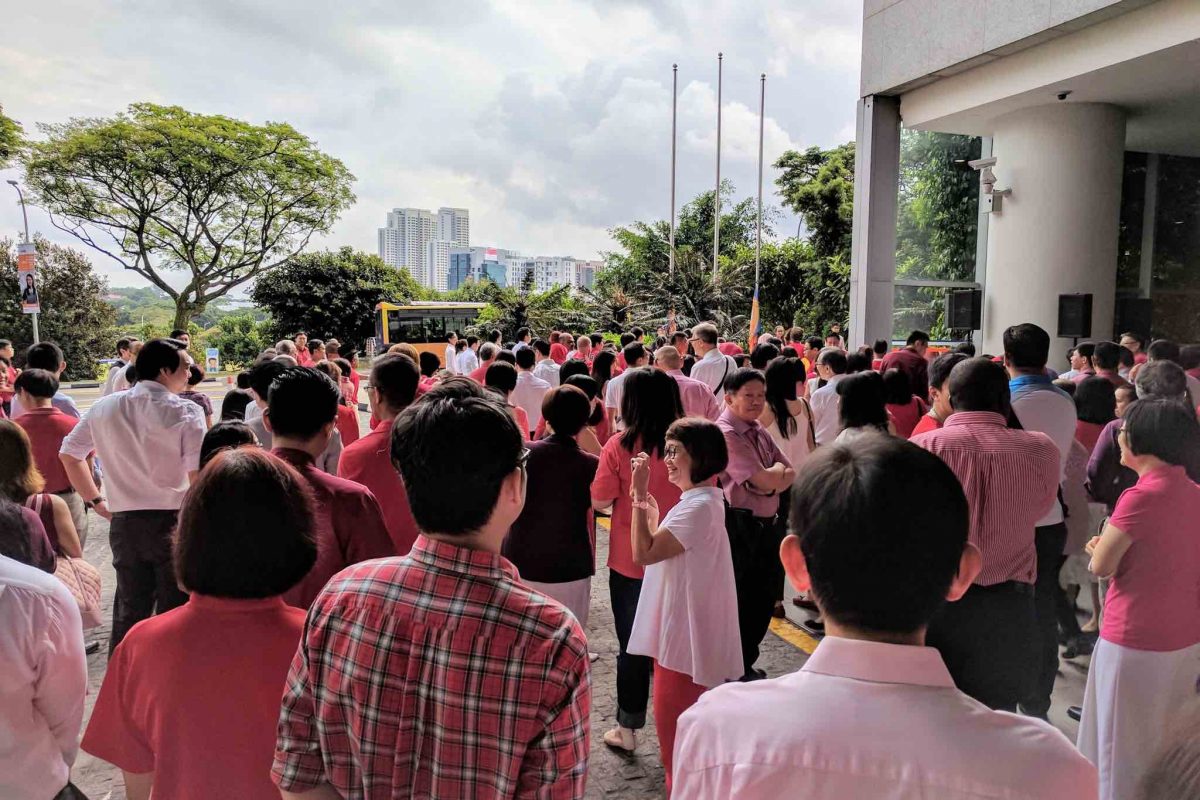 Prime Minister Lee Hsien Loong confirmed in his National Day message, there are only three “longer-term” issues we need to worry about: children’s pre-school years, the war on diabetes and Smart Nation. Indeed.

A happy National Day to all Singaporeans, and everyone in Singapore!