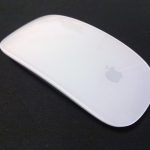 After the less-than-pleasing experience with my Logitech V470 Cordless Laser Mouse for Bluetooth, I started to re-look at my Apple Magic Mouse, as well as a friend’s Razer Orochi mouse. The problem with the Logitech mouse, if you read my last post, is that there is a very noticeable lag particularly if you move the mouse after just a few seconds of inactivity. The tracking accuracy isn’t stellar to begin with, but really, it is the lag that was the most irritating. It is nothing like my Apple Magic Mouse.

So, I tried out the Razer Orochi mouse. It retails at about $115 in Singapore. It’s both corded and cordless: It connects via Bluetooth, but if its batteries die, you can still connect a USB cable for corded battery-less operation. Seeing that Razer mice were designed for gamers, I expected it to perform at least on par, if not better, than the Apple Magic Mouse. Surprise surprise… it has the lag too. Not as bad as te Logitech mouse, but it’s there. Nothing like the response I get from the Apple Magic Mouse.

For a long time, I read complaints about Bluetooth lag, but never really understood what the fuss was all about. Now… I understand. I’m quite surprised that Apple makes such good mice. I thought the premium you pay for Apple products was for… well.. the Apple branding. But comparing with the Logitech mouse, the Apple Magic Mouse would have been a so much better buy.

1 thought on “Much Fuss About Mice”