A perennial problem in Singapore, you want a cab, but there are none coming by. You try to book a cab, and find that, still, none are available. Yet at the same time, an article in our Straits Times last week ponders about the problem of taxis lying idle in yards, attributing the problem to a variety of reasons such as competition from Uber and GrabCar. 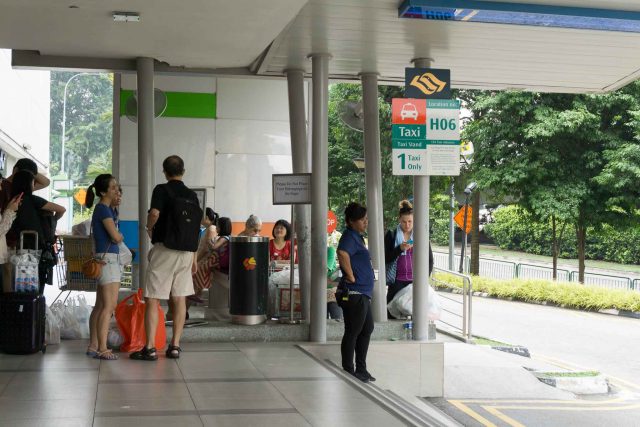 Funny that an alternative media article from States Times Review should so succinctly capture the real issue in their headlines: Singapore taxi companies losing millions from Grabtaxi and Uber competition.

It is not about the reasons quoted from the Straits Times:

Higher rental rates, stricter service standards, competition from newcomers such as Uber and GrabCar, and higher incidence of traffic summonses have prompted many cabbies to give up driving taxis.

Instead, it is simply that our taxi companies are failing to rise up to the competition. They have been too comfortable for too many years. We see this happening in other industries too. In this case, we have technology, in the form of transport apps on smartphones, along with a new business model that connects customers (commuters) with businesses (taxi drivers), that totally catches the incumbent unprepared.

Of the reasons cited above, the one on higher incidence of traffic summonses seems to be completely absurd. Are the taxi companies saying that drivers on Uber and GrabCar aren’t subject to the same traffic rules? Of course everyone will get the same summonses if they flout regulations. Why would taxi drivers have it worse?

On the matter of stricter service standards, in particular on clocking 250 km travel a day, I cannot understand why this should be an issue. Taxis need to be on the move. Either they have a fare wanting to get to a destination, or they should be out looking for a street pickup. How difficult can it be to clock 250 km a day? By just driving for six hours, one can clock 250 km at an average travel speed of 42 km/h. I’m not asking for taxi drivers to work extra long hours.

Oh, except that taxi rentals cost more than car rentals, even on commercial basis. For some taxi drivers, they would thus just prefer to drive a private commercial car. There’s less cost for them, so there’s less pressure to earn enough fares to cover the rental.

It seems to me the problem is that taxi rentals are too expensive. Taxi companies don’t want to lower rents, because that will erode their earnings. Hence they are unhappy with the likes of Uber and GrabCar. These new platforms offer alternatives to commuters and drivers, so that is why taxi companies are feeling the heat.

Taxi companies own the cabs, they can offer subsidised fuel, and they enjoy many other savings at scale that individual drivers, including the commercial car rental companies that provide Uber and GrabCar drivers with their vehicles, cannot match. Surely there’s a lot that taxi companies can do, if only they bothered to try.

For example, data analytics from the sheer number of taxis and commuters that a big operator like ComfortDelGro can tap on may be used to forecast demand. Notice how taxi drivers often seem to have WhatsApp groups and other sorts of communication networks? I think there’s yet plenty more opportunities that can be explored to benefit both commuters and drivers.

Our taxi companies must reinvent themselves. Uber and GrabCar (and GrabTaxi and others) are just platforms to connect commuters with drivers. This is exactly what the taxi companies are doing, or should have been doing but haven’t been good at.